The Spy Who Kept The Cold War From Boiling Over: Double Agent Dmitri Polyakov Was One Of The Cold War’s Greatest Spies—And Likely The Most Damaging Mole In The history Of Soviet Intelligence. 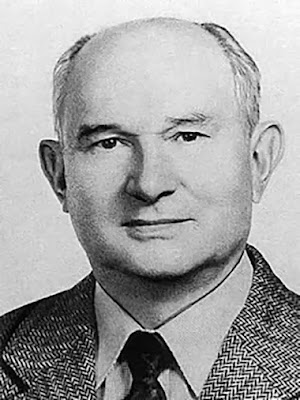 History.com looks back at the double agent known as “Top Hat.”

In 1984, U.S. spies monitoring the Soviet press found an alarming piece in a Russian magazine. It wasn’t an expose on officials in the Soviet Union or a worrying account about Cold War attitudes toward the United States. Rather, it was a recipe for coot, a small water bird that’s common in Eastern Europe.
For CIA officials, that meant trouble. They had long had an agreement with a Russian double agent they called TOP HAT—if he wanted to get in touch with them, he’d indicate it by publishing the recipe. Was TOP HAT in danger?
As it turns out, yes. Soon after, America’s most valuable spy, Dmitri Polyakov, fell off the map entirely. For nearly 25 years, the Soviet military intelligence officer had served as the United States’ most trusted resource on the Soviet military, providing reams of intelligence and becoming a legend in the process.
Polyakov’s documents and tips informed U.S. strategy in China during the Cold War and helped the U.S. military determine how to deal with Soviet-era weapons. And Polyakov was credited with keeping the Cold War from boiling over by giving the United States secrets that gave it an inside view of Soviet priorities.
But was Polyakov a double agent…or a triple one who kept the U.S. on an IV drip of false tips and misinformation? And what happened to him after his sudden disappearance?
Polyakov was born in what is now Ukraine in 1921. After serving in World War II, he was recruited by the GRU, the USSR’s military intelligence agency. He wasn’t the type of man anyone would peg as a spy—the son of a bookkeeper, he was an unassuming father who did carpentry projects in his spare time. On the surface, he was a dutiful worker and a reliable GRU asset. But as he rose through the ranks of the agency, following protocol and living a seemingly routine life, he began to work to undermine the USSR itself.
At the time, the GRU had agents all around the world, and was tasked with learning everything possible about American life, priorities, and military assets. The United States did the same thing with the USSR, but had a harder time because of the absolute secrecy that ruled Soviet intelligence.
Until Polyakov offered himself to the CIA as a double agent, that is. At the time, he was stationed at the Soviet Mission to the United Nations in New York. Though Polyakov was fiercely loyal to the USSR, he was increasingly disgusted by what he saw as the corruption and impending failure of Soviet leaders. So he offered his services to the United States.
You can read the rest of the story via the below link:

https://www.history.com/news/cold-war-soviet-spy-dmitri-polyakov
Posted by Paul Davis at 1:10 AM