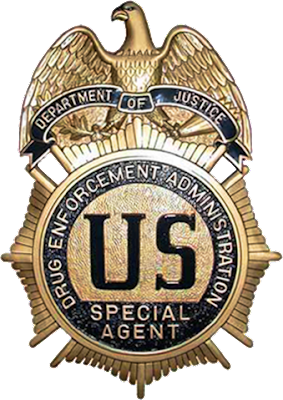 This announcement marks the successful conclusion of six months of investigative and enforcement activity targeting CJNG, culminating in large scale arrests throughout the country within the past week. Project Python has resulted in the arrests of more than 600 CJNG associates, 350 indictments, as well as significant seizures of money and drugs.
“Project Python is the single largest strike by U.S. authorities against CJNG, and this is just the beginning,” said Acting Administrator Uttam Dhillon. “This strategic and coordinated project exemplifies DEA’s mission: to disrupt, dismantle, and destroy drug trafficking organizations around the world and bring their leaders to justice.  Today, DEA has disrupted CJNG’s operations, and there is more to come as DEA continues its relentless attack on this remorseless criminal organization.”
“Project Python marks the most comprehensive action to date in the Department of Justice’s campaign to disrupt, dismantle, and ultimately destroy CJNG,” said Assistant Attorney General Brian A. Benczkowski of the Criminal Division.  “When President Trump signed an Executive Order prioritizing the dismantlement of transnational criminal organizations, the Department of Justice answered the call and took direct aim at CJNG.  We deemed CJNG one of the highest-priority transnational organized crime threats we face.  And with Project Python, we are delivering results in the face of that threat for the American people.”
“DEA is addressing the threat, both internationally and domestically.  We prioritize our resources by identifying and targeting the worlds biggest and most powerful drug traffickers and their organizations,” said DEA Special Agent in Charge Brian D. Boyle.  “Project Python demonstrates the strength and continued commitment of our federal, state and international law enforcement partners.”
The Justice Department and its law enforcement partners are committed to fulfilling the President’s Executive Order 13773 to identify, interdict, disrupt and dismantle transnational criminal organizations. The department designated CNJG as one of the top transnational criminal groups targeted as part of carrying out this executive order, and DEA instituted Project Python as part of this ongoing effort.
CJNG is one of the fastest growing transnational criminal organizations in Mexico, and among the most prolific methamphetamine producers in the world. It is responsible for a significant proportion of drugs entering the United States, and elevated levels of violence in Mexico. With methamphetamine abuse and overdose deaths on the rise, Project Python aims to disrupt CJNG’s ability to distribute methamphetamine and other drugs throughout the United States by attacking the group at all levels.
Federal law enforcement has taken a number of steps to degrade CJNG’s ability to operate in the United States. Today, the Justice Department and DEA announced a superseding indictment on charges of alleged continuing criminal enterprise against Nemesio Ruben Oseguera Cervantes, also known as “El Mencho,” the undisputed leader of CJNG. Last month, El Mencho’s son, Ruben Oseguera Gonzalez, also known as “Menchito,” and second in command of CJNG, was extradited from Mexico to the United States on charges of alleged drug trafficking and firearm use in relation to drug trafficking activities. On Feb. 26, 2020, El Mencho’s daughter, Jessica Johanna Oseguera Gonzalez, was arrested in the United States on financial charges related to her alleged criminal violation of the Foreign Narcotics Kingpin Designation Act.
Additionally, DEA has worked with its interagency partners to apply further pressure to CJNG.  The U.S. Department of Treasury has designated El Mencho as a “specially designated narcotics trafficker” pursuant to the Foreign Narcotics Kingpin Designation Act, and the U.S. Department of State has issued one of the largest narcotics rewards ever – $10 million – for information leading to the arrest of El Mencho.
The efforts highlighted in the more than 600 arrests nationwide are illustrative of the significant reach the CJNG has in manufacturing, importing, and distributing a wide array of illegal narcotics within the United States and the negative impact on the fabric of our local communities. The proceeds from the local distribution of these narcotics are repatriated back to Mexico and further fuel transnational organized crime organizations such as the CJNG. The Department of Justice and its law enforcement partners will continue to vigorously fight this scourge against the United States.
The Department of Justice’s multi-agency Special Operations Division, federal prosecutors from the Narcotic and Dangerous Drug Section of the Department’s Criminal Division, the Criminal Division’s Office of International Affairs and Office of Enforcement Operations provided invaluable support to this operation.
Posted by Paul Davis at 2:37 PM