Statement Of U.S. Attorney William M. McSwain In Response To Philadelphia District Attorney Larry Krasner’s Excuses About The Murder Of Sergeant James O’Connor: Krasner Fails To Offer Any Explanation For Ignoring The Many Serious Parole Violations By Hassan Elliott 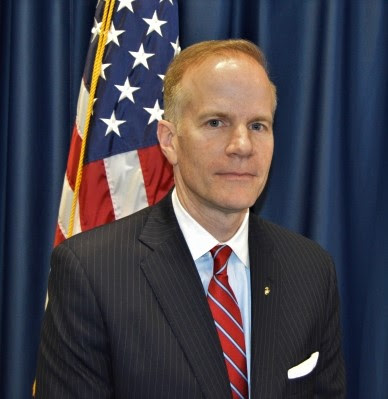 The U.S. Attorney’s Office Eastern District of Pennsylvania released the below statement:

On March 16, 2020, I issued a statement detailing the reasons why the pro-violent defendant policies of Philadelphia District Attorney Larry Krasner led directly to the murder of Philadelphia Police Officer James O’Connor.  More specifically, I explained how it was inexcusable: (a) that Krasner made no attempt to detain Elliott after he directly violated his parole by being arrested for cocaine possession, and (b) that Krasner voluntarily withdrew the cocaine case against Elliott, a known gang-banger wanted for murder.
We now have some additional facts:
1.      Officer O’Connor has been posthumously promoted from Corporal to Sergeant, and his handcuffs were used to formally arrest Elliott.  I hope this brings his family some comfort.


2.      Elliott himself is alleged to have fired the bullets that killed Sergeant O’Connor when he was attempting to serve a warrant for a murder that Elliott had allegedly committed previously.  Elliott allegedly lay in ambush behind a closed door and fired over a dozen bullets from an assault rifle as Sergeant O’Connor prepared to enter the residence.


3.      Three other dangerous felons were with Elliott in the room that he was shooting from, where a staggering 10 firearms were recovered following Sergeant O’Connor’s murder.


4.      In a March 17 press release full of omissions, inaccuracies and outright lies, Krasner has made plain that his pro-violent defendant policies are responsible for Sergeant O’Connor’s murder.


The most notable aspect of Krasner’s press release is that he makes no attempt to address the fact that his office ignored Elliott’s many serious parole violations, which allowed him to stay on the street and resulted in Sergeant O’Connor’s murder.  In particular, as I explained in my March 16 statement, Elliott’s arrest for cocaine possession in January 2019 was a direct violation of his parole on a firearms conviction from 2018 and therefore should have landed him back in prison.
Despite many opportunities and avenues to detain Elliott after his cocaine arrest, the District Attorney’s Office did nothing.  It did not ask for a detainer and it did not ask for high bail – in fact, it did not ask for any bail at all, as Elliott was released on his own recognizance.  Krasner allowed this known gang-banger – who had been identified by the Philadelphia Police Department as an Operation Pinpoint target offender, making him one of the worst violent offenders in the City – to walk freely on the streets.  And why?  Because for Krasner, the name of the game is decarceration:  he wants violent offenders out of prison, not in it.
To make matters worse, as I explained in my March 16 statement, Krasner voluntarily withdrew the cocaine case against Elliott – further rewarding him for his criminal behavior and ensuring that he would remain on the streets.  My statement already anticipated and debunked all the lies that Krasner was likely to serve up regarding the withdrawal.  He went ahead and made them, anyway, living up to my low expectations.
Here are the details:
1.      First, Krasner asserts that the cocaine case was “fatally flawed because the police actions . . . violate the Fourth Amendment and will result in the suppression of the evidence.”  But he provides no explanation of how this case supposedly involved an illegal search or seizure.  He just says that the Fourth Amendment is violated and expects everyone unthinkingly to nod their heads in agreement.  The reality is that this was an open and shut case:  Elliott disobeyed lawful commands from the officers, led them on a dangerous foot pursuit, reeked of marijuana and was caught red-handed with multiple packets of cocaine in his pockets.


2.      Second, Krasner claims that a potential problem with the credibility of one of the officers involved in the drug case warranted the withdrawal.  As I already explained in my previous statement, this potential problem was irrelevant because the primary officer who recovered the cocaine in Elliott’s pockets had no credibility problems and easily could have testified to all aspects of the case.  The other officer was not needed at trial.  Krasner has no answer for this.  Instead, he prefers to seize upon an irrelevant issue as an excuse to keep a murderous gang-banger on the street.


3.      Third, Krasner is flat-out lying about his supposed reason for the withdrawal.  As I explained in my previous statement, the possible credibility problem with the one officer had nothing to do with the District Attorney’s Office’s withdrawal of the drug case.  That is why the transcript of the court hearing from March 27, 2019 – when the case was withdrawn – says nothing about it, nor does the court docket sheet.  As if any additional proof than that were needed, I have confirmed that the District Attorney’s Office is still sending court notices to this particular officer for active cases for next week and even into May.  In other words, the office has been continually working with this officer since the time of the withdrawal and sees no problem with using him in court.  You can’t have it both ways.  You can’t say you withdrew a drug case against a murderous gang-banger because you can’t work with a particular officer and then continue to send that officer numerous court notices for the next 12 months.  Krasner is lying, pure and simple.  His office withdrew the cocaine case against Elliott and let him roam the streets because Krasner doesn’t care about drug possession cases – regardless of what dangerous drugs or violent offenders are involved.  He considers them an impediment to his radical, decarceration agenda.  And now Sergeant O’Connor is dead because of it.   Krasner’s March 17 press release concludes with a final insult:  he claims to join the City in “mourning” the loss of Sergeant O’Connor.  It would be hard to imagine emptier words.    Krasner’s radical ideology has brought this City nothing but increased crime, violence, shootings, murder, misery and disrespect for law enforcement.  And it is only going to get worse, unless the decent people of the City decide that they have had enough.  Let us honor Sergeant O’Connor’s memory by rejecting the ideology that took him from his family and from us.  That is the only way to prevent the next tragedy that no family deserves to suffer.
Posted by Paul Davis at 10:04 PM