A Toast To America 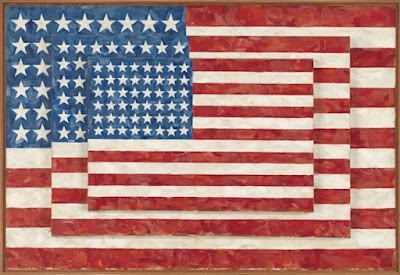 Jennifer Harper at the Washington Times, where my On Crime column appears, offers a look at the toast to America that was delivered by former CIA officer and former NYPD deputy commissioner David Cohen.

Let’s take a moment to consider this toast delivered at a recent gathering hosted by the OSS Society — which honors the mighty and innovative Office of Strategic Services, the World War II-era predecessor to the CIA.

The much-appreciated toast was delivered to the 600-member audience by David Cohen, a 35- year veteran of the CIA and former deputy commissioner for intelligence for the New York City Police Department who now serves as senior adviser to Starr Holdings.

“This is to you, America,” Mr. Cohen called out. “You were birthed in the heat of revolution, from the Battle of Bunker Hill to the bitter winter quarters of Valley Forge — and finally victorious at Yorktown. You became a nation on battlefields from Shiloh to Vicksburg to Gettysburg, and showed amazing grace at Appomattox Court House,” Mr. Cohen said.

“You matured in World War I, leaving behind on the battlefields of Belleau Wood, Flanders Fields and others nearly 120,000 Americans — who would otherwise be farmers, haberdashers or factory workers. Your blood flowed at Normandy and Bastogne, in the air and at sea, at Guadalcanal, Iwo Jima and Okinawa. You opened the gates of Nazi extermination camps, then uplifted your former enemies with your treasures and values,” Mr. Cohen continued.

“You gained victory against the insatiable Soviet evil empire in a nearly 50-year war, with titanic battles stretching from Korea’s frigid Chosin Reservoir to the steamy jungles of Vietnam — through the Berlin airlift and the Cuban missile crisis. And you closed the Fulda Gap with your troops and tanks,” he said.

And while achieving all of this, America — along the way, lest we forget — you found the cure for polio, put a man on the moon, invented baseball — and of course, rock ’n’ roll. America:

Never, never become weary, because your greatest achievements are yet to be witnessed,” Mr. Cohen concluded. “Now please stand and raise your glass in toast to America,” he told his audience.

Note: The above photo is of Jasper Johns' painting, Three Flags.