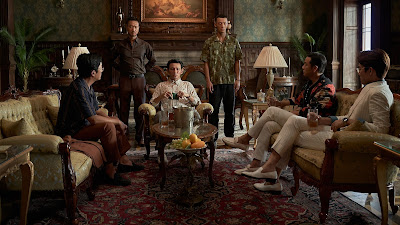 The series is about a South Korean businessman who gets entangled with a South Korean drug lord in Suriname in South America. He is recruited by South Korean intelligence/law enforcement to infiltrate the Korean's drug organization.

The film is much like Netflix's fine Narcos series, only with Koreans and other Asians in the lead roles.

The crime series is based on a true story, although the producers and writers have added fictional aspects to the story, such as making the drug lord a pastor who uses his religious organization to smuggle drugs and commit other crimes.

If you would like to watch another good dramatic and suspenseful series about drug trafficking, major criminals, and murder, I suggest you check out Narco-Saints.