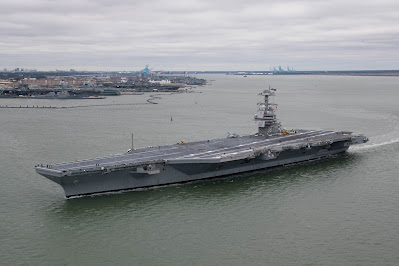 The Gerald Ford’s public affairs office put out a press release on the deployment.

“This deployment is an opportunity to further advance the operational capabilities of the Ford and demonstrate the advantages that Ford and Carrier Air Wing (CVW) 8 bring to the future of naval aviation, to the region and to our allies and partners,” said Rear Adm. Greg Huffman, commander of Carrier Strike Group (CSG) 12. “Now more than ever, it is increasingly important for the United States Navy to reinforce our relationships with our allies and partners as we contribute to promote a peaceful, stable, and conflict-free Atlantic region.”

You can read the rest of the press release via the below link: