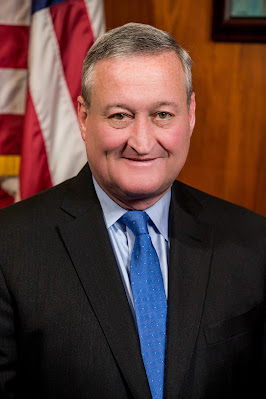 You can read the piece via the below link or the below text. 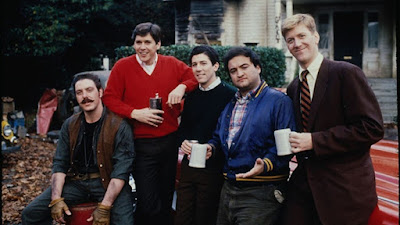 Towards the end of 1978’s great comedy film “National Lampoon’s Animal House,” the fraternity members are being kicked out of Faber College. The young men are downcast and Pluto, portrayed by John Belushi, tries to inspire the once-fun loving students who claim glumly that it is all over.

“Was it all over when the Germans attacked Pearl Harbor?” Belushi asked.

Then Otter gets up and supports Pluto’s call to arms.

“What is needed is a futile and stupid gesture,” Otter says. “And we are just the ones to do it.”

I don’t know if Mayor Kenney is an “Animal House” fan, but he had the same idea as Otter when he offered his own futile and stupid gesture in a response to gun violence in Philadelphia by signing a firearms ban at city recreation spaces and facilities.

On September 27, Kenney announced that he had signed an executive order banning guns and other deadly weapons from “City recreation facilities, including rec center buildings, courts, fields, playgrounds, and pools.” The announcement notes that there have been nearly 300 incidents of gun violence at city parks and recreation facilities since 2019. Most recently Tiffany Fletcher, a dedicated PPR employee, was tragically killed on Friday, September 9 while performing her duties at a city playground.

“It is unconscionable that anyone would bring deadly weapons where our city’s children gather to play,” said Mayor Jim Kenney. “We will not tolerate the endangerment of children and families while they are in the care of our treasured community spaces, and we must do everything we can to protect the public, as well as the dedicated staff that make these facilities run. Banning guns from indoor and outdoor recreational facilities throughout our city is a critical step to protecting our public spaces and preventing the senseless violence that claimed Tiffany Fletcher’s life.”

The announcement stated that since 2019, nearly 200 reported incidents of gun violence have occurred at city recreation facilities, in addition to dozens of other incidents of violence with a deadly weapon. “Clear signage about the weapons ban will be posted across the city’s 159 recreation centers. The firearms and deadly weapons ban applies to active recreation spaces—including buildings, courts, fields, playgrounds, and pools. Exceptions exist for law enforcement and certain security professionals.”

The firearm ban is a futile and stupid gesture because it is unenforceable. Unless all of the city’s recreational spaces are fenced off and metal detectors are installed and manned 24-7 by Philadelphia police officers, there is no way to stop someone from entering the spaces with a gun.

The firearms ban is also a futile and stupid gesture as Kenney had to know that he did not have the authority to order the ban. State law clearly prohibits cities like Philadelphia from creating their own gun regulations.

In response, City Councilman David Oh tweeted, “According to Mayor & DA, if you have a legal gun & carry permit, you’ll be arrested & prosecuted for walking in the park. But criminals w/ illegal guns & no carry permit are not being prosecuted. Mayor’s executive order is illegal & D.A. illegally criminalizes law abiding people.”

The Gun Owners of America (GOA) filed a lawsuit the day after the announcement of the ban. The judge hearing the case ordered Philadelphia to be “permanently enjoined” from enforcing Kenney’s ban.

“Mayor Kenney knows this executive order is pointless: law abiding gun owners aren’t the people committing the violent crime and murder in Philadelphia,” said Dr. Val Finnell, Pennsylvania Director for GOA. “Instead, Mayor Kenney is trying to deflect attention from his failing policies and failing city by enacting more ‘feel good’ regulations that scapegoat guns for the crisis of crime in Philadelphia. Rather than take responsibility for city policies that created two years of record homicides, Kenney is attempting to capitalize on the tragic deaths of Philadelphia residents to disarm more people and create more victim-only, ‘gun-free’ zones.

“All this executive order does is put a bullseye on the back of every person at Philadelphia recreational facilities, because they know that Mayor Kenney won’t let you defend yourself there.”

Mayor Kenney’s futile and stupid gesture allows him to state that he tried to stem gun violence. Keeney, like most gun control advocates cannot differentiate between legal gun owners and illegal gun-toting criminals. These criminals don’t adhere to laws prohibiting drug trafficking and murder, so why would they adhere to an executive order banning guns in a rec center?