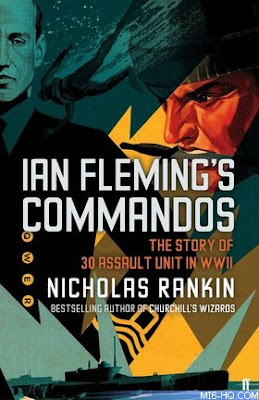 MI6 - the James Bond web site, not the British Secret Intelligence Service - announced the publication of a new book about Ian Fleming's wartime experiences in British Naval Intelligence and his creation of an elite group of naval intelligence-commandos called the 30 Assault Unit.

You can read the MI6 piece on Nicholas Rankin's Ian Fleming's Commandos (Faber & Faber) via the below link:

You can read my GreatHistory.com interview via the below links:

You can also read my piece on Ian Fleming and the James Bond phenomenon via the below link: