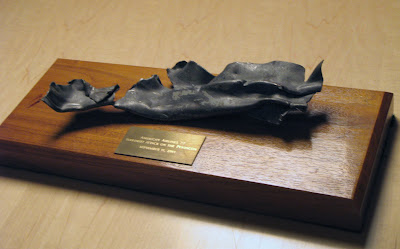 WASHINGTON, Sept. 9, 2011 - The morning of the 9/11 attacks, then-Defense Secretary Donald H. Rumsfeld was hosting a breakfast meeting at the Pentagon, warning members of the House Armed Services Committee about the dangers of major cuts to the defense and intelligence budgets.

"Sometime within the coming period," he told his guests, "an event somewhere in the world will be sufficiently shocking that it will remind the American people and their representatives in Washington how important it is for us to have a strong national defense."

Just as the meeting was wrapping up, that event began to unfold as a group of al-Qaida members launched the largest terror attack ever to take place on American soil.

Then news arrived of the second World Trade Center attack.

"At that point, it clearly was not an accident," Rumsfeld said.

Rumsfeld was watching television images of the attacks with his intelligence briefer when he felt the Pentagon building shake. He bounded down the outer "E" ring hallway to find out what had happened, encountering such heavy smoke that he had to go downstairs and ultimately, outside the building.

With first responders not yet on the scene, Rumsfeld joined others tending to the wounded. But as emergency workers arrived, he headed back to his office to communicate with President George W. Bush and Vice President Dick Cheney, and "making decisions about what needed to be done at the Pentagon and elsewhere at the Department of Defense."

Before reentering the building, Rumsfeld bent over to pick up one of the thousands of pieces of metal strewn across the ground near the crash site. Ten years later, it sits mounted on a wooden plaque in his Washington office, an ever-present reminder of that day that changed America, and especially, its military.

Rumsfeld recalled this week the chain of events that began immediately after the attacks. Not knowing if another attack was on the way, authorities grounded all commercial aircraft. Military aircraft were sent into the skies with orders to shoot down any aircraft that didn't comply and appeared to pose a threat.

"That was an enormous decision for a president [and] for a vice president to pass that instruction down, and for the pilot of those aircraft," Rumsfeld said. "Fortunately, it didn't have to be done.... None of our military pilots had to shoot at an American aircraft filled with innocent people because it was headed for a target that was of importance to the United States."

Based on continuity-of-operations plans developed during the 1980s, Rumsfeld was among the Cabinet members expected to move to secure locations outside Washington in the event of an attack. Instead, he sent Deputy Defense Secretary Paul D. Wolfowitz, so he could remain at the Pentagon.

Despite a building still smoking and burning, Rumsfeld called a news briefing that evening at the Pentagon. The goal was two-fold, he explained. The American people needed to know what had taken place at the Pentagon. But he had a message for the terrorists who had masterminded the attacks, too.

Even as fire marshals urged evacuation, Rumsfeld and his staff of essential personnel remained at their Pentagon posts.

Rumsfeld admitted he was surprised to hear that al-Qaida had successfully launched the attack from within the United States. The Defense Department had always been organized and trained to deal with external threats. Internal threats were considered the domain of the FBI and state and local police.ï¿½

"So what we had was a very different situation," Rumsfeld said. "We had an external enemy that had successfully attacked our country, not from outside, but from within the country."

Bush opted to deal with the attackers, not as common criminals or a hostile foreign nation, but as an enemy network hostile to the United States, Rumsfeld said.

Rumsfeld said his past experience as a Middle East envoy for President George H. W. Bush convinced him that when dealing with terrorists, the attacker always has the advantage.

"They can attack at any time, using any technique in any location, and it is not possible to defend everywhere, at every moment of the day or night against every conceivable type of attack," he said.

That, Rumsfeld said, requires going on the offensive.

"If you were going to protect the American people, you had to do more than try to defend," he said. "You had to put pressure on [terrorists] all across the globe and make everything they do more difficult: make it harder to raise money, harder to train, harder to talk to each other, harder to move from place to place.

"And only by doing that could you hope to ... protect the American people and our interests and our friends and allies in a reasonable way."

Looking back, Rumsfeld said he never imagined on 9/11 that the United States would go a full decade without experiencing another attack on the homeland.

Of the many attempts, all were foiled, he said. But just as other parts of the world have faced terror attacks, Rumsfeld said he's not convinced the United States couldn't be hit again.

"There could be a terrorist attack as we sit here today, because it is not possible to defend everywhere, and they only have to be right once," he said. "We can be right dozens of times, but if they are right once, they have success."

Rumsfeld recalled his major objective at the Pentagon before 9/11: to transform the Defense Department into a 21st-century organization better suited to the current world.

After 9/11, Rumsfeld said many thought that effort would have to be sidelined.

"But it turned out to be just the opposite," he said. "In fact, the events of September 11th provided an impetus to transform the department."

Rumsfeld rattled off just a few of those sweeping changes made to posture the military for post-9/11 threats. Large Army divisions have been subdivided into more flexible and agile brigade combat teams. Special operations forces, now also joined by Marine special operators, have increased in numbers, authorities and equipment. U.S. forces have been "rebalanced" around the world to better deal with 21st-century challenges and threats.

"So I feel that, rather than preventing the department from transforming, September 11th really did provide a sense of urgency," Rumsfeld said. [It] "helped people who had a traditional way of doing things recognize that we were facing a new kind of enemy and we needed to deal with asymmetrical threats as well as conventional threats. And we had to be able to do it with a great deal more skill and agility and speed."

This transformation, he said, has impacted the fighting force as well. Rumsfeld, who served both in uniform and as defense secretary before the days of the all-volunteer force, said today's service members have a sense of pride and purpose in serving their country in uniform.

"They all have a dedication and a patriotism and an aspect of their personalities that caused them to volunteer, to want to be involved in helping to serve our country," he said. "We have a military that ... has been tested in battle, that is stronger and more resilient and healthier as an armed force" than during any previous conflict."

The chapter of Rumsfeld's book about 9/11 and its aftermath, "The Agony of Surprise," is posted on his website at www.rumsfeld.com. The Pentagon Channel will air portions of its interview with Rumsfeld beginning Sept. 9 and continuing through the 9/11 weekend.

In the above DOD photo by Donna Mills, a twisted piece of metal he picked up on the morning of 9/11 from the grounds of the Pentagon at the American Airlines Flight 77 crash site serves as a constant reminder to former Defense Secretary Donald H. Rumsfeld about the need for continued vigilance in standing up to terrorists.
Posted by Paul Davis at 6:07 PM