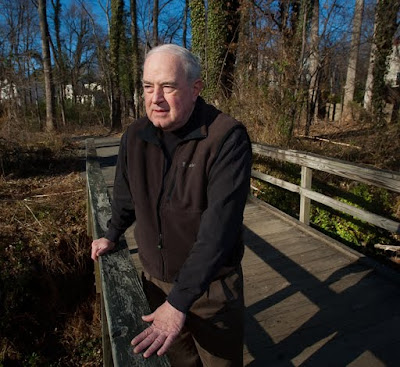 Brian Kelly, a veteran counterintelligence officer for the Air Force and CIA, died on Monday, September 19th. He was 68.

Brian Kelly was falsely suspected of spying for the Russians and the aggressive FBI investigation caused him and his family a good deal of grief and anguish. The true spy turned out to be an FBI agent, Robert Hanssen.

I spoke to Brian Kelly several times and he provided me with information about espionage and counterintelligence matters for my magazine pieces. He also told me about his personal story and his planned book on the subject. He remained somewhat bitter over the actions of certain FBI agents and he felt he never received a full apology from the FBI.

Brian Kelly was a patriot and a good man. I look forward to reading his book.

You can read Kelly's obituary in the Washington Times via the below link:

You can also read Ronald Kessler's column on Kelly via the below link:

Lastly, you can read my previous post on Kelly, which links to a Virginia newspaper that Kelly told his side of the to, via the below link: