Wiseguy Henry Hill Has A Permanent Place In Mobster Lore 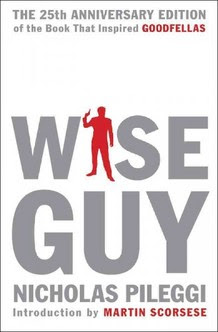 Nicholas Pileggi's Wiseguy, a book that chronicled the life of crime of a street hoodlum named Henry Hill, was published 25 years ago. The book was later made into Martin Scorsese's classic crime film Goodfellas.

A 25th anniversary edition of Wiseguy is coming out and Nicholas Pileggi appeared on NPR to discuss the book and Henry Hill.

Twenty-five years after its initial publication, Nicholas Pileggi's Wiseguy remains one of the signal narratives about life in the Mafia. Adapted by Pileggi and director Martin Scorsese into the 1990 film GoodFellas, it follows the rise and fall of true-life Brooklyn gangster Henry Hill — "a little cog" in the Lucchese crime family who turned FBI informant after a drug arrest.

He was sort of a soldier in Napoleon's army," Pileggi remembers. "And I said, 'You know, if you're going to do a book about Napoleon, it might be interesting to see that world from the point of view of the soldier.' "

You can listen to Pileggi and/or read about Wiseguy via the below link: