A Quiet End To A Violent Era: No Mourners Or Eulogies For Former Philly Mob Boss 'Little Nicky' Scarfo 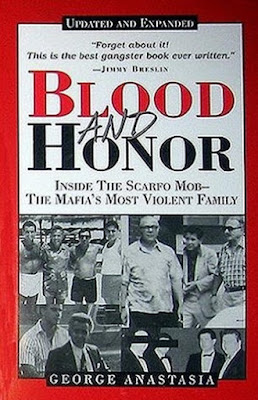 The remains of the former Philadelphia mob boss were returned to the Philadelphia area shortly after he died in a federal prison hospital in Butner, NC, on Friday, January 13. Scarfo was 87 and had spent the last 30 years of his life behind bars. But details about his burial and final resting place are a mystery.

No big time mob funeral for the violent Mafia don. No FBI agents snapping pictures outside a funeral home where wiseguys and wannabes line up to pay their final respects. No filigreed coffin carried out of some cathedral while television cameras roll and newspaper photographers snap front page pictures.

And usually reliable sources in the underworld, and law enforcement, are keeping his final resting place a secret from Gang Land. Or perhaps they don't have a clue. One unconfirmed report is that Scarfo was cremated and that any memorial was strictly a small, family affair.

When it comes to Scarfo, family is an interesting word.

Note: To learn more about Scarfo I suggest you read George Anastasia’s book Blood and Honor: Inside the Scarfo Mob - The Mafia's Most Violent Family.
Posted by Paul Davis at 4:41 PM