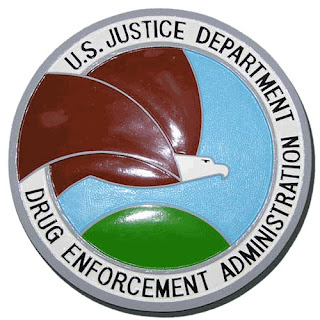 WASHINGTON – DEA and other federal officials today announced the arrest of Kassim Tajideen, a prominent financial supporter of the Hizballah terror organization. Tajideen is charged with evading U.S. sanctions imposed on him because of his financial support of Hizballah.

Tajideen, 62, of Beirut, Lebanon, was arrested overseas on March 12, 2017, based on an 11-count indictment unsealed today in the U.S. District Court for the District of Columbia following his arrival to the United States. Tajideen made his initial court appearance today before Magistrate Judge Robin M. Meriweather. Tajideen pleaded not guilty and was ordered held pending a detention hearing set for March 29.

The arrest and indictment are the result of a two-year investigation led by the Drug Enforcement Administration (DEA) and assisted by U.S. Customs and Border Protection (CBP). The effort is part of DEA’s Project Cassandra, which targets Hizballah’s global criminal support network – dubbed by the DEA as the Business Affairs Component (BAC) that operates as a logistics, procurement and financing arm for Hizaballah.

“Kassim Tajideen posed a direct threat to safety and stability around the world,” said DEA Special Agent in Charge Donovan. “A prominent money man for Hizballah, Tajideen acted as a key source of funds for their global terror network. DEA and our partners are unrelenting in our pursuit of the world’s most dangerous terror and criminal networks and their many facilitators who threaten the rule of law and innocent lives.”

“Because of his support for Hizballah, a major international terrorist group, the U.S. government imposed sanctions on Kassim Tajideen in 2009 that barred him from doing business with U.S. individuals and companies,” said Acting Assistant Attorney General Blanco.  “Those sanctions are a powerful tool in our efforts to combat terrorists and those who would support them.  Indeed, the sanctions posed such a significant threat to Tajideen’s extensive business interests that he allegedly went to great lengths to evade them by hiding his identity from the U.S. entities he did business with, and from the government agencies responsible for enforcing the sanctions.  Thanks to the diligent work of our prosecutors and law enforcement partners, we broke through the web of intermediaries Tajideen allegedly used to conceal his involvement, and he has been brought to the United States to face justice.”

“Kassim Tajideen is alleged to have willfully flouted U.S. sanctions that were based on his prior support for Hizballah, a designated foreign terrorist organization,” said Acting Assistant Attorney General for National Security McCord. “Those sanctions are designed to protect our national security and public safety by limiting terrorists’ access to resources, and this extradition sends a clear message that we are resolved to find and hold accountable those who violate these laws.”

“The investigation of this case and the arrest and extradition of this defendant demonstrates our commitment to enforcing vitally important sanctions laws that are in place to protect our national security and foreign policy interests,” said U.S. Attorney Phillips. “Because of the hard work of law enforcement here and abroad, Kassim Tajideen will now face charges in an American courtroom.”

The indictment charges Tajideen with one count of willfully conspiring to violate the International Emergency Economic Powers Act (IEEPA) and the Global Terrorism Sanctions Regulations, seven counts of unlawful transactions with a Specially Designated Global Terrorist, and one count of conspiracy to launder monetary instruments. The indictment also indicates that the government will seek a forfeiture money judgment against the defendants equal to the value of any property, real or personal, which constitutes or is derived from proceeds traceable to these offenses.

According to the indictment, Tajideen allegedly presided over a multi-billion-dollar commodity distribution business that operates primarily in the Middle East and Africa through a web of vertically integrated companies, partnerships, and trade names.  The indictment further alleges that Tajideen and others engaged in an elaborate scheme to engage in business with U.S. companies while concealing Tajideen’s involvement in those transactions.

The Department of the Treasury’s Office of Foreign Assets Control named Tajideen a Specially Designated Global Terrorist on May 27, 2009.  This designation prohibits U.S. companies from transacting unlicensed business with Tajideen or any companies which are operated for his benefit – in essence stripping Tajideen’s global business empire of its ability to legally acquire goods from, or wire money into, the United States.  However, the indictment alleges that Tajideen restructured his business empire after the designation in order to evade the sanctions and continue conducting transactions with U.S. entities.  Tajideen and others are alleged to have created new trade names and to have misrepresented his ownership in certain entities in order to conceal Tajideen’s association.  The scheme allowed Tajideen’s companies to continue to illegally transact business directly with unwitting U.S. vendors, as well as to continue utilizing the U.S. financial and freight transportation systems to conduct wire transfers and move shipping containers despite the sanctions against Tajideen.

According to the indictment, between approximately July of 2013 until the present day, the conspirators illegally completed at least 47 individual wire transfers, totaling over approximately $27 million, to parties in the United States.  During the same time period, the conspirators caused dozens of illegal shipments of goods to leave U.S. ports for the benefit of Tajideen, without obtaining the proper licenses from the U.S. Department of the Treasury.

An indictment is merely a formal charge that a defendant has committed a violation of criminal laws and every defendant is presumed innocent until, and unless, proven guilty.