Intelligence Wars: A Discussion with General Michael Hayden About the CIA And NSA 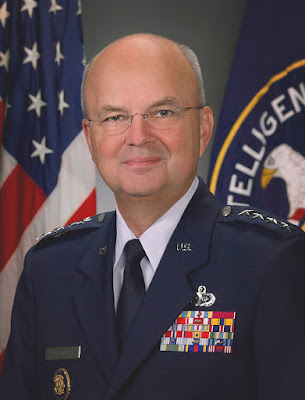 The WAC offered the below announcement prior to the meeting:

For 10 years, General Hayden was a participant in some of the most telling events in the annals of American national security, and now, at a time of heinous new threats and wrenching change, General Hayden joins the World Affairs Council to present an unprecedented high-level narrative of America's intelligence wars.

In his book, Playing to the Edge: American Intelligence in the Age of Terror, he argues that playing to the edge means playing so close to the line that you “get chalk dust on your cleats,” and that by playing back, you may protect yourself, but you will be less successful in protecting America. "Play to the edge" was Hayden's guiding principle when he ran the National Security Agency, and it remained so when he ran CIA. It is an unapologetic insider's look told from the perspective of the people who faced awesome responsibilities head on, in the moment.

Established in 1949 as a forum for discussing differing points of view, the WAC is a private, nonprofit, nonpartisan educational organization dedicated to informing and engaging people of all ages on matters of national and international significance. The Council provides its members and the greater Philadelphia community with influential speakers.

General Hayden offered a frank, lively and provocative discussion on U.S. intelligence operations since 9/11 as well as the Russian cyber campaign during the past presidential election.

I’ll provide a link here to my piece on General Hayden when it comes out. 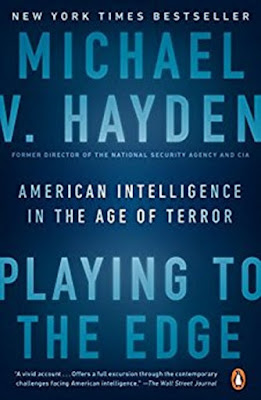