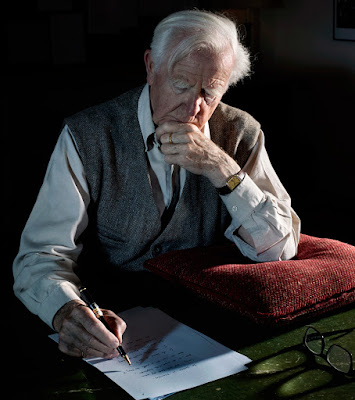 Although I don't subscribe to British spy novelist John le Carre's leftist worldview and rabid anti-Americanism, I am an admirer of his early novels featuring frog-like intelligence officer George Smiley, such as Tinker, Tailor, Soldier, Spy and The Honorable Schoolboy.

So I look forward to a new le Carre novel that brings back George Smiley, as well as Peter Guillam.

Danuta Kean at the British newspaper the Guardian reports on the news of the new novel.

George Smiley, John le Carré’s iconic cold war spymaster, is to return for the first time in 25 years in a new novel by the beloved spy-turned-author.

A Legacy of Spies, due to be published on 7 September, will also see the return of Smiley’s colleagues from the British secret service – or the Circus, as they were known in Le Carré’s original books. The bestselling noveles famously drew on the author’s own experience of working for British intelligence in the 1950s and 60s.

Though scant details have been released by publisher Viking, a division of Penguin Random House, the new novel will feature Smiley protege Peter Guillam, who in his old age has retired from the world of spooks to a farm in southern Brittany.

Summoned back to London, Guillam and his colleagues are subject to scrutiny for past misdemeanours, committed at a time when there were fewer scruples about the methods used to win the ideological war raging between the west and the Soviets.

According to Le Carré’s agent, Jonny Geller of Curtis Brown, the book was written in “a fever” over the past 12 months. Though Geller refused to reveal details of the plot, he said that it would “close George Smiley’s story”, which began in 1961 with Le Carré’s debut novel, Call for the Dead: “When I received the draft I had to keep starting it again and pinching myself that I was in the company of all these great characters from the Circus,” he said. “It really is going to be one of his finest, if not his finest, novel.” 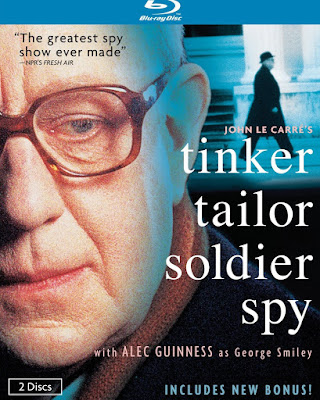 Note: You can also read my Washington Times review of the John le Carre biography via the below link: