American Master, American Patriot: Bob Hope Was Determined To Entertain American Troops And Give Back To The Country He loved, Says Daughter 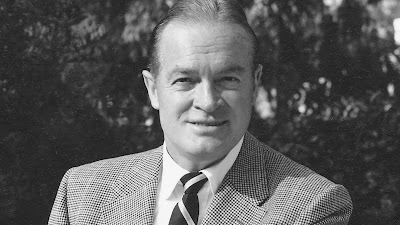 I'm a huge fan of Bob Hope, so I look forward to watching tonight's PBS profile of the late, great comedian, actor and performer on their American Masters series.

Stephanie Nolasco at Fox News interviewed his daughter about this life and his entertaining the troops.

From vaudeville to Hollywood, Bob Hope conquered it all as a beloved showman — but his greatest achievement was entertaining the troops.

At the time of his death in 2003 at age 100, the New York Times reported the film, TV and stage star performed nearly all of his 400 radio programs at military bases and embarked on annual tours where he delighted American servicemen with his sidesplitting monologues. Hope even took time to befriend weary soldiers and, as his name implies, deliver hope to those fighting for their country. 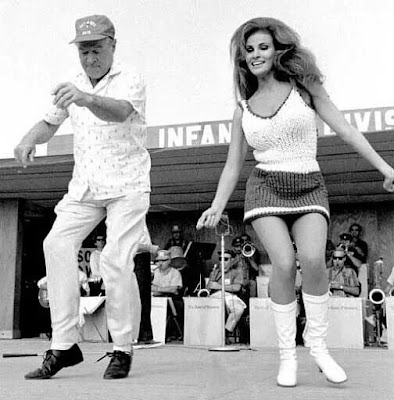 His eight-decade career is the subject of a new PBS documentary, titled “American Masters: This is Bob Hope…,” which explores his contributions as a comedian, actor and proud patriot. And the unabridged director’s cut features over 35 minutes of footage just for fans.

Fox News spoke with his daughter Linda about growing up with Hope.

Fox News: What are some of your favorite memories involving your dad?

Linda Hope: The fun of his homecomings. When he would go away usually for several weeks at a time and finally come home, we anticipated it for days. Particularly right around the holidays because my mother had a rule that when dad was away at Christmas, we would only be able to open just a few presents on Christmas Day.

Then we would save the rest of our gifts so we can have a Christmas with dad. It was always much more fun that way. We basically had two Christmases…. It was always a great time with wonderful food. He loved roast lamb. We actually used to have that at least every other week, up to once a week. He loved it so much. And lemon meringue pie, he loved. Those were two things his mother used to make for him when he was growing up.

Fox News: When did his passion for entertaining the troops begin? 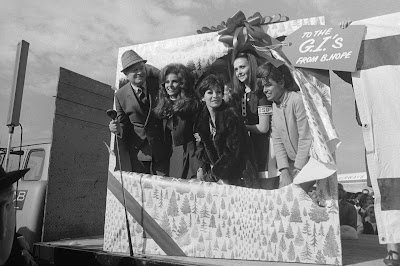 Hope: It started back before we had gotten into the Second World War and my dad was doing his radio broadcast. He had moved out to Los Angeles from New York. He was doing his show out of the NBC studio in Los Angeles. The troops were starting to build up a little bit. There was a sense that war was eminent. Roosevelt had tried to keep us out of the war for so long, but finally the writing was on the wall. Hitler was gobbling up all of Europe and a lot of young men were signing up. A lot of these bases around Los Angeles were filled with young men.

It turns out one of dad’s writers had a brother who was stationed in March Field in Riverside, California. He said, “Why don’t you think about bringing your show out here? There’s lots of guys and I know they would love to see you.” So he did that. He couldn’t believe the number of people in the audience because in a studio audience, you get 100-150 at most. But here, he had thousands of guys that were yelling and screaming. He loved the sound of laughter, clapping and people having fun. And I think he grew addicted to that over the years. He needed to be out there with those guys and make them laugh.

Fox News: Did he meet with the troops after his performances?

Hope: He certainly did. When he would go to different bases, he would always have a meal with them, see if they were exercising or take part in whatever it was they were doing. He took it all very seriously. It was very important for him to spend one-on-one time with the different troops.

Fox News: How did Bob Hope give back to veterans?

Hope: He would go to the hospitals all the time and just show up. Sometimes we would say, “Where did dad go?” And my mom would go, “Oh, he went to the VA hospital in Los Angeles to spend a few hours with the guys.” He would also do that if he was traveling someplace and there was a VA hospital there. He would make a visit and spend time with the different men while going through the different wards. You can read the rest of the interview and watch a trailer for tonight’s show on Bob Hope via the below link: 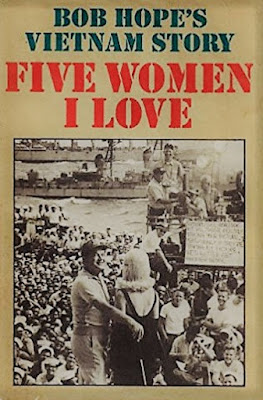 Note: One of my life’s regrets was not seeing the Bob Hope Vietnam Christmas show in December of 1970.

I was an 18-year-old sailor stationed aboard the aircraft carrier USS Kitty Hawk. We saw photos of Bob Hope's earlier shows aboard the Kitty Hawk and the rumor was that Hope would perform his show aboard our flight deck as the carrier lay anchored in Da Nang harbor. 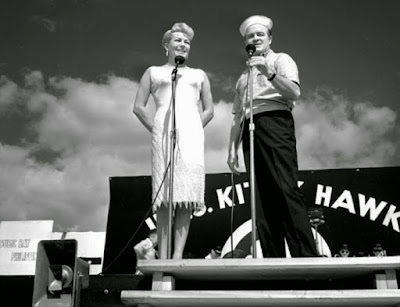 But it was not to be.

We did not see Hope or those beautiful girls that he always brought with him. When Bob Hope performed his Christmas show in South Vietnam that year, the Kitty Hawk was way up north, off the coast of North Vietnam, giving a good pounding to the Communists.

We missed the Christmas show, but our combat air sorties saved countless American and South Vietnamese lives that year.

I later watched the TV show about the 1970 show and I bought and read Bob Hope’s book about his Vietnam shows, Five Women I Love.

The book is still part of my library. 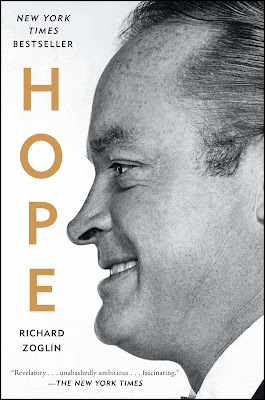 To learn more about Bob Hope, you can read Richard Zoglin’s Hope.
Posted by Paul Davis at 4:57 PM