Port Authority Bomber Brought Down By Officers With Military Training 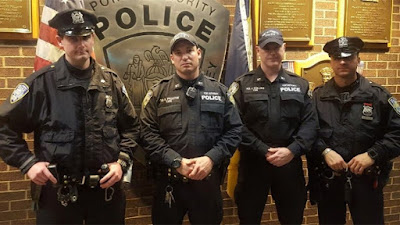 Greg Norman at foxnews.com offers a piece on the military backgrounds of three of the four police officers who responded to the scene and took down the Port Authority bomber.

Three of the four hero police officers credited with taking down the Port Authority terrorist are former members of the military who ran toward the scene of the pipe bomb blast as panicked commuters fled in the other direction, their union spokesperson says.

“You couldn’t have had better people on the scene,” spokesperson Bobby Egbert told 1010 WINS.