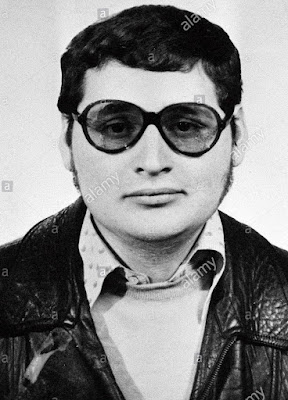 As History.com notes, on this day in 1975 the terrorist known as Carlos the Jackal (seen in the above and below photos) led a raid on OPEC.

In Vienna, Austria, Carlos the Jackal leads a raid on a meeting of oil ministers from the Organization of Petroleum Exporting Countries (OPEC). German and Arab terrorists stormed in with machine guns, killed three people, and took 63 people hostage, including 11 OPEC ministers. Calling his group the “Arm of the Arab Revolution,” Carlos demanded that an anti-Israeli political statement be broadcast over radio, and that a bus and jet be provided for the terrorists and their hostages. Austrian authorities complied, and all the hostages were released in Algeria unharmed.

You can read the rest of the pice via the below link: 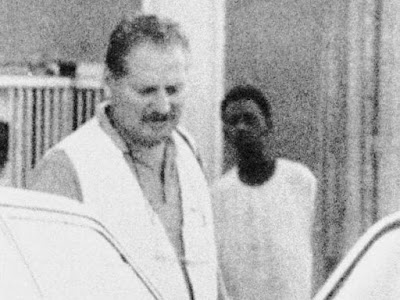 You can also read more about Carlos the Jackal via the below link:


And you can read an earlier post on Ramirez via the below link:

Note: Ramirez was given the name “Carlos the Jackal” by reporters after French police found a paperback copy of Frederick Forsyth’s classic thriller The Day of the Jackal in his abandoned apartment.
Posted by Paul Davis at 10:09 AM