Sock It To Me: 'Rowan And Martin's Laugh-In: The Complete Series' Released By Time/Life 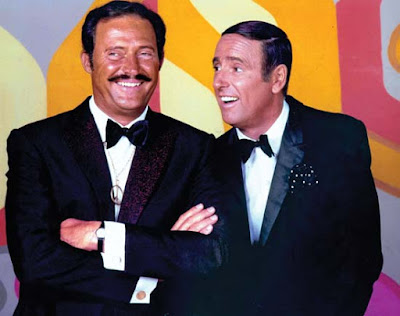 I was a huge fan of Rowan and Martin's Laugh-In when I was a teenager in the 1960’s.

The TV show’s fast-paced skits, scatter-shot jokes, political and social satire and catch phrases, such as “sock it to me,” with a crack cast of comics and often featuring prominent people of the era, made me and millions of others laugh each week. I still catch an episode every now and again on the Decades TV channel.

Who can forget a supposedly humorless President Nixon appearing on the show and asking, straight-faced, “Sock it to me?”

Cinemaretro.com offers a piece on the release of a DVD on the 50th anniversary of the comedy show.

Before there was “Saturday Night Live” there was “Rowan & Martin’s Laugh-In.”*

Hosted by Dan Rowan and Dick Martin (seen in the above photo), this groundbreaking variety show was a fast-moving barrage of jokes, one-liners, running skits, and musical numbers.

To celebrate Laugh-In’s 50th Anniversary, the Complete Series is now available for the first time ever on DVD.

You can read the rest of the piece and watch a video clip of the fast-paced jokes offered on Laugh-In via the below link: 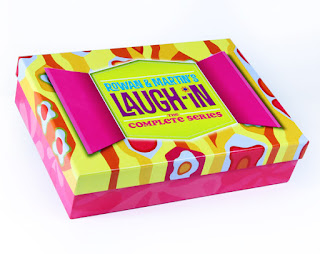 Note: You can also watch a video advertisement for the DVD with a good number of skits and jokes via the below link: