How Spielberg's 'The Post' Misses What Really Happened In Vietnam 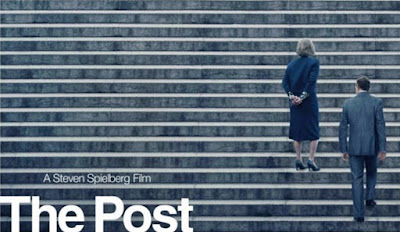 Seth Lipsky at that other Post – the New York Post – offers his take on the Steven Spielberg film The Post, a film about the liberal, anti-war Washington Post that published “The Pentagon Papers,” which documented the government’s lies about the Vietnam War.

Ironically, most of the lies were told by the liberal-Democrat Kennedy and Johnson administrations.

‘Democracy dies in darkness” is the new motto of The Washington Post. It adopted the slogan amid the campaign of the liberal press to topple President Trump.

Steven Spielberg’s new movie about The Washington Post is a reminder — however unintended — of something else. Sometimes democracy dies in the full glare of the press.

That’s what happened in Vietnam. And the film, “The Post,” takes on a special irony today, as a press full of righteous indignation seeks to overturn an American election.

Spielberg’s epic is about events that took place in 1971. That’s when the WaPo published the secret history of the Vietnam War known as the Pentagon Papers.

The history had been assembled on orders of LBJ’s secretary of defense, Robert McNamara. A security analyst, Daniel Ellsberg, who’d turned against the war, leaked the documents to The New York Times.

The papers showed that America’s leaders sometimes lied. About, say, the events in the Tonkin Gulf that led Congress to authorize the Vietnam War. Or about whether we could win.

The Times started publishing the papers in June 1971 but was stopped by a federal judge. Ellsberg then gave boxes of the papers to The Washington Post. All eyes then fell on the paper’s owner, Katharine Graham.

Played by Meryl Streep, the doughty doyenne is torn between two factions. On one side are her bankers, who are trying to raise capital for the paper; on the other, her famed editor, Ben Bradlee, played by Tom Hanks.

“What are you going to do, Mrs. Graham?” Bradlee asks her.

The real drama, though, was the war. Bradlee is up on his high horse. “The way they lied — those days have to be over,” the editor tells Mrs. Graham.

Fair enough. It’s not my intention to fault either of them.

Yet this movie deals with only some of the lies about Vietnam. Inexcusable as they were, the lies told by the Americans were relatively small beer.

It was our Communist enemies who told the big lie — that war was a struggle for liberation by Vietnam’s noble comrades, who took on the Americans with pitchforks. What hooey.

The truth is that the war was a conquest of free South Vietnam by a well-armed, Soviet-backed regime in the north. At the end, the enemy emerged from the jungles with tanks and surface-to-air missiles.

The Pentagon Papers disclosed that our own leaders, in effect, refused to heed evidence that we would lose the war — and sent our troops anyway. “The Post” seems to buy into this theory. Yet it wasn’t sending troops that turned out to be the error.

Rather, it was assuming we couldn’t win. On the ground in Vietnam, our GIs did just that. In the most famous battle, Tet in 1968, our soldiers trounced the Communists. The cause of free Vietnam was betrayed in the US Congress, which had been turned by the anti-war movement.

… Let President Trump — and his critics — remember: When Congress cut off Vietnam, it wasn’t about saving our GIs. They’d long since been withdrawn.

No, the decision by Congress was to retreat in the face of Soviet Communism. It was about abandoning the hope of free Vietnam itself. 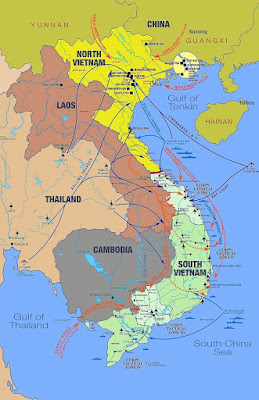 You can also read my piece in the Washington Times on another view of the Vietnam War via the below link:

http://www.pauldavisoncrime.com/2017/11/another-view-of-vietnam-war.html
Posted by Paul Davis at 12:57 AM