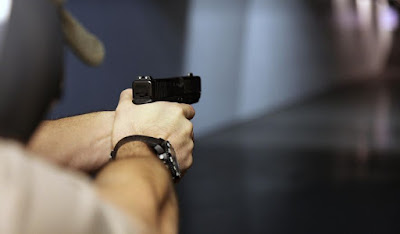 Christine Corbin at FoxNews.com offers a piece on what the Concealed Carry Reciprocity Act will mean.

Shaneen Allen, a Philadelphia mother of two, was arrested during a traffic stop three years ago after she crossed from Pennsylvania into New Jersey with a loaded .380-caliber Bersa Thunder handgun -- unaware that her concealed-carry gun permit in her home state was not transferable to another.

Allen was eventually pardoned by the New Jersey governor after legal wrangling, but her case stirred a national debate over concealed-carry gun permits.

That debate has come to a head. On Wednesday the House of Representatives passed a bill, the Concealed Carry Reciprocity Act, that would oblige every state to recognize a concealed-carry gun permit issued by any other state.

So what does “reciprocity” mean? It means that anyone with a valid concealed-carry gun permit in one state may travel to any other state with the permitted weapon and not worry about being arrested or fined for carrying that concealed weapon as Allen was. In other words, each state must reciprocate the approval of a permit that any other state has issued.

Reciprocity does not affect any specific state’s laws about carrying a concealed weapon. Some states have relatively restrictive permitting procedures. New York state, for example, has one of the most rigorous standards for anyone seeking a concealed-carry gun permit. The process, if successful -- and success is far from guaranteed – entails completing a large amount of paperwork, months of waiting and detailed inquiries into applicants’ history and personal lives. The bill that just passed does not require New York to change or stop enforcing its existing laws. The state can continue to enforce relatively restrictive standards for anyone seeking, within the state of New York, a concealed-carry gun permit. 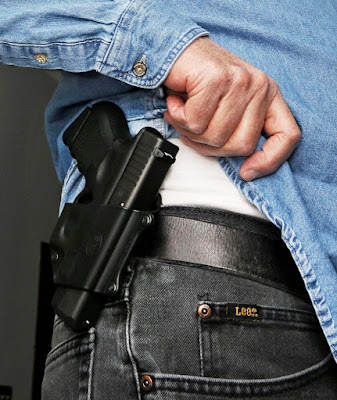 You can also read my Washington Times piece on concealed carry via the below link:

http://www.pauldavisoncrime.com/2017/08/a-distorted-view-of-concealed-carry.html
Posted by Paul Davis at 11:44 AM