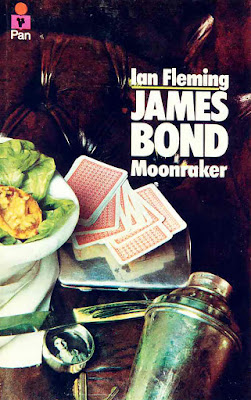 I’ve been an Ian Fleming aficionado since I was a teenager and I’ve read and reread Ian Fleming's James Bond thrillers over the years.

Moonraker is one of Fleming’s most interesting and entertaining thrillers. Sir Hugo Drax is a rich, crooked megalomaniac with wild hair, huge mustache and a scarred face. He looked like a circus ringmaster, Fleming tells us.

The novel, which takes place in 1954, presents Drax as a wealthy Englishman who wants to "give back" to the United Kingdom by personally financing a rocket - the "Moonraker" - that would make the Brits equal to the superpowers.

The Brits love the guy. The Queen knighted him. His rags to riches story was dramatic and inspiring.

But there is a problem, M tells Bond.

Looking to avoid a scandal and curious to know what this Drax fellow was all about, M assigns Bond to investigate him. And the trouble begins...

The Roger Moore film version of Moonraker was light, comedic and disappointing. The film was nothing like the novel.

Thankfully, the BBC Radio broadcast dramatization of Moonraker is faithful to Fleming’s novel.

BBC Radio 4 has been offering a series of broadcast plays based on Fleming’s James Bond novels and the latest is Moonraker. 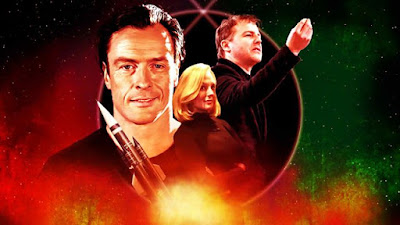 It's 1954 and British patriot Sir Hugo Drax (Samuel West) has built an atomic rocket, Moonraker, vital to Britain's defences. It's ready for a trial launch. But after a double-murder, James Bond (Toby Stephens) goes undercover at Moonraker's secret base. He and agent Gala Brand (Katherine Kingsley) discover possible treachery.

You can listen to the broadcast via the below link: 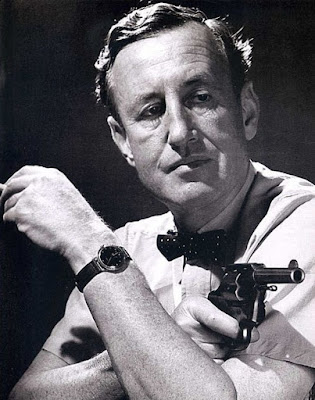 Above is a photo of the late, great thriller writer Ian Fleming.
Posted by Paul Davis at 2:23 AM