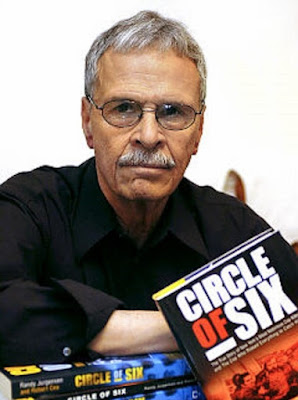 I've interviewed Randy Jurgensen (seen in the above photo), a legendary New York City detective, actor, film maker and author of Circle of Six: The True Story of New York's Most Notorious Cop Killer and the Cop Who Risked Everything to Catch Him, and I've read his interesting and informative book.


So I was most interested in reading his piece in the New York Daily News on the unsolved murder of an NYPD officer, the subject of Circle of Six.

Forty-six years ago today, an NYPD cop named Phillip Cardillo (seen in the below photo) was gunned down inside a Nation of Islam mosque in Harlem. No one ever served a day in jail for the crime. And for 46 years, the NYPD has been withholding evidence in his murder case from the public. It’s time they come clean. 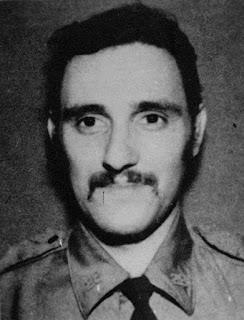 I’m not the only one leveling that charge. Decades ago, a special prosecutor found that there had been “a concerted and orchestrated effort” by members of the NYPD to impede the Cardillo murder investigation, including withholding a secret report on the case — the so-called Blue Book — from the department’s own investigators.

In March, the watchdog group Judicial Watch sued the NYPD in a New York courtroom for failing to produce records in the case. The NYPD won’t release investigative files, a promised report and an audio tape, preposterously claiming an investigation is still “active and ongoing.”

Why would the NYPD cover up evidence in a cop killing?

It pains me to criticize law enforcement. I’ve been a loyal member of the NYPD, active and retired, for almost 60 years. I was a pretty good detective. I helped send five cop- killers to jail — a record, I think. But it’s the one that got away that haunts me.

The climate in the early 1970s, when this terrible crime happened, was awful. Terrorists with groups like the Black Liberation Army, the FALN, the Weather Underground and the Black Panthers were killing cops and bombing civilians. Illegal drugs and murders were through the roof.

The day Cardillo was gunned down, on April 14, 1972, I was at the mosque where it happened . Cardillo and his partner had responded to an emergency “10-13” call. A 10-13 is every cop’s worst nightmare: officer in distress. The 10-13 caller said he was “Detective Thomas” and he was trapped on the second floor of an address that turned out to be the mosque.

It turned out “Detective Thomas” was a fake.

You can purchase Randy Jurgensen's Circle of Six via the below link: