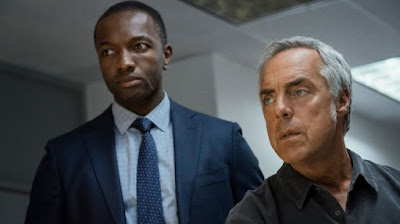 I’ve been reading Michael Connelly’s crime thrillers that feature an LAPD detective named Harry Bosch for a good number of years and I’ve reviewed several of the crime novels for the Washington Times and the Philadelphia Inquirer.

“Bosch” may possibly be the best show on TV at the moment that you’re not watching. Literary and propulsive, it’s a brainy cop thriller that gets no Emmy love and little critical notice for the simple reason that there’s too much else on TV. My own amends begin now: In separate interviews, I spoke with series stars Titus Welliver — LAPD Det. Hieronymus “Harry” Bosch himself — and Jamie Hector, who plays his partner and friend, Det. Jerry Edgar.

“Bosch,” about a cop’s obsessive search for the killer who murdered his mother decades earlier, is based on the bestselling novel series by Michael Connelly that launched in 1992 with “The Black Echo.” The fourth season of “Bosch” drops on Amazon Friday (and season 5 has already been ordered). 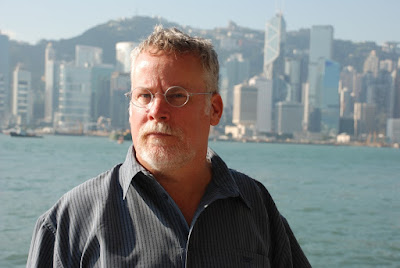 You can also read my interview with Michael Connelly via the below link: 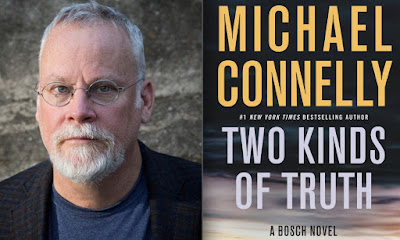 And you can read my Washington Times review of Michael Connelly’s latest Bosch crime thriller, Two Kinds of Truth, via the below link: