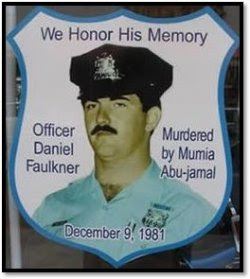 Maureen Faulkner, the widow of a slain Philadelphia police officer and the author of Murdered by Mumia: A Life Sentence of Loss, Pain, and Injustice, asks that the Philadelphia District Attorney and other politicians keep her husband's killer in prison in a piece in the Philadelphia Inquirer

Like thousands of others in America, my family and I are political prisoners trapped by our legal system. We committed no crime, yet we received life sentences with no possibility of parole or reprieve.

Thirty-seven years ago, Mumia Abu-Jamal murdered my husband, Officer Daniel Faulkner, by shooting him point-blank in the forehead as he lay unarmed and wounded on the sidewalk. Today we hear so many stories about innocent cops being murdered; they seem as common as reports of bad traffic accidents. Most law enforcement officers killed in the line of duty receive the tears, concern, honor, and thanks they deserve, only to fade away in the public’s consciousness to become sociology statistics.

On Monday, Philadelphia District Attorney Larry Krasner will have to fight to keep Danny’s guilty killer in prison. Mumia Abu-Jamal’s attorneys will argue that past Philadelphia District Attorney Ron Castille violated Abu-Jamal’s constitutional rights when, as a state Supreme Court justice, Castille chose not to recuse himself from involvement in the state Supreme Court’s reviews of Abu-Jamal’s many appeals in the 1990s.  Because the appeals process can be skewed in favor of convicted killers, Abu-Jamal and dozens of other guilty criminals have been given a new tool with which to retroactively attempt to pick the lock on the courtroom door that leads to freedom.

Gov. Wolf and Krasner have politicized the use of capital punishment and life sentences in Pennsylvania, so for all practical purposes, each of us who has lost a loved one to murder is a political prisoner. Politicians have taken away the hope we once had that our suffering might finally end when the person who murdered our loved one was put to death. Today, thousands of survivors in Pennsylvania endure endless cruel and unusual punishment in silence. 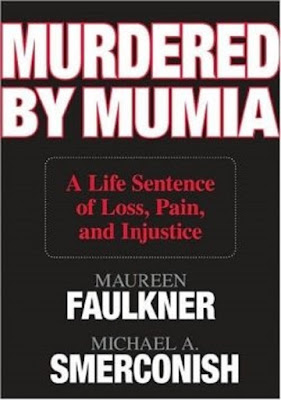 You can also read my Crime Beat column on Abu Jamal via the below link: