A Modern Take On The 'Cowboy Mythos': My Washington Times Review of 'The Western Star' 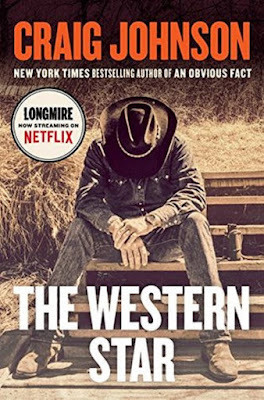 I first became acquainted with Craig Johnson’s fictional modern-day Western sheriff by watching the TV series “Longmire,” which is based on Mr. Johnson’s novels. (The show first appeared on A&E; and is now on Netflix). I liked the Walt Longmire character and the rural crime stories, so I began reading the books. With most crime dramas set in New York, Los Angeles and other major cities, it is refreshing that Mr. Johnson’s novels are set in the fictitious Absarka County of Wyoming.

Walt Longmire is a big man who is taciturn and possesses a dry sense of humor. Mr. Johnson describes him as overage, overweight and overly depressed, but he still gets up in the morning and tries to do his job. Like his previous novels, “The Western Star” offers a modern take on what Mr. Johnson calls the cowboy mythos and the romance of the epic West.

The novel opens in the present time with Sheriff Longmire having a beer with Iron Cloud, an Arapaho sheriff, after completing a weapons certification course with his sidearm, a Colt 1911A1 .45, at the Wyoming Law Enforcement Academy in Cheyenne.

Sheriff Longmire requalified at the academy every four years, which coincided with the scheduled four-year parole hearing of one of the most dangerous men he has ever arrested. This year the criminal is using medical reasons for his parole and Longmire is dead set against him being released from his life sentence.

...Longmire, carrying his trusty Colt and a paperback copy of Agatha Christie’s “Murder on the Orient Express,” said goodbye to his wife at the station. Pondering his young and troubled marriage, he boarded the Western Star. In store for Longmire on this train journey with 24 sheriffs and other characters was a murder mystery that would haunt him for years. 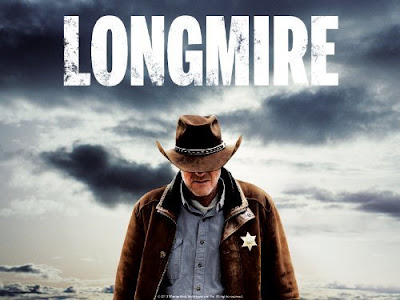