Chris E. Swecker (seen in the below photo), a former assistant director of the FBI, offers his take on James Comey’s actions, book and TV interview for Foxnews.com

Through his actions during his relatively brief tenure as FBI Director and now in penning and promoting a salacious “tell all” book, it is now quite evident that James Comey’s higher loyalty is to James Comey, and James Comey alone. It is not, by any stretch of the imagination, to the FBI, where I served for 24 years, or to the selfless men and women who work there – all of whom he has tossed, once again, into the middle of a political firestorm.

The ancient Greeks had a word for the excessive vanity that would cause someone to place his interests before those of his country and those of the dedicated public servants he was called to lead – it’s called hubris. 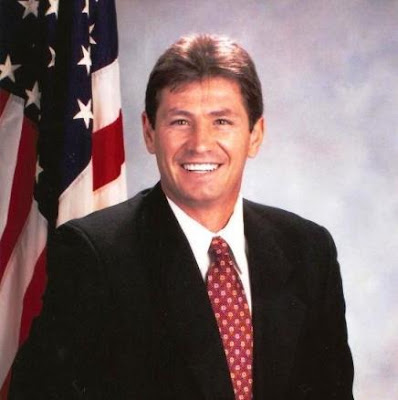 There is no other plausible explanation for his series of ill-advised actions, beginning with the then-director’s now-infamous press conference in July 2016, when he acted contrary to 28 US Code Section 547, Section 9 of the United States Attorneys Manual and over 100 years of established practice between the FBI and the U.S. Department of Justice (DOJ). He did this in declaring, without ever consulting with a DOJ prosecutor, that Hillary Clinton was un-prosecutable in the wake of a kid gloves investigation.

His actions are unworthy of the storied law enforcement agency I served for close to a quarter of a century, and they shocked many of us who worked with and around him during his years serving in the Department of Justice.

...The American system was designed by our founding fathers to interject an objective party with legal training between those who are investigating and those who decide whether to invoke the legal process to deprive someone of his or her life, liberty or property.

This brilliant system, which Comey trashed, was designed to keep the FBI and other law enforcement agencies out of politics. Now his book renews the controversy to the detriment of nearly everyone but Jim Comey, who is clearly out to repair his tarnished reputation and mete out some payback for his dismissal by President Trump.

Sunday’s interview on ABC – and every action he has taken since usurping the role of the Justice Department – has only thrust the FBI deeper into the political crucible. It has also apparently reinforced Comey’s misplaced belief that he, and he alone, is better equipped than anyone else in the criminal justice system to make important decisions.

http://www.foxnews.com/opinion/2018/04/16/comey-s-actions-are-unworthy-fbi-says-former-assistant-director-and-24-year-veteran-agent.html
Posted by Paul Davis at 7:00 AM