An Iconic Military Pen Is Turning 50. Here's What You Should Know About That Skilcraft In Your Desk Drawer. 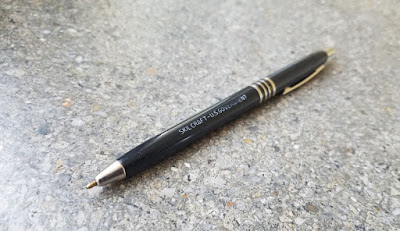 During my more than 37 years of U.S. Navy/Defense Department service, I must have used a good number of Skilcraft U.S. Government pens, just like so many other military and federal government people.

Although I've been retired for more than 11 years, I still have a couple of the old pens in my desk at home.

The handy, inexpensive and disposable pen is an unsung hero.

So I was pleased to come across a Stars and Stripes piece on the Skilcraft pen.

If you're in the military, you know Skilcraft U.S. Government pens. It's the same for anyone who's worked for the federal government or addressed a package at the post office. The ubiquitous silver-and-black pens turn 50 this month. Here are some fun facts about them:

It all started with a 13 million-pen mistake

The nonprofit organization National Industries for the Blind was tapped to supply pens after another manufacturer made 13 million defective ballpoints in 1967. The Skilcraft was introduced to government buyers on April 20, 1968, and it's been going strong ever since.

They're made by the visually impaired

For five decades, the task of making the pens has been entrusted to blind workers. The pens are sold to the federal government through a program started in 1938 to create jobs for people with disabilities. In 2016, the AbilityOne program sold $3.3 billion in goods and services, with more than half coming from military orders

You can read the rest of the piece via the below link. 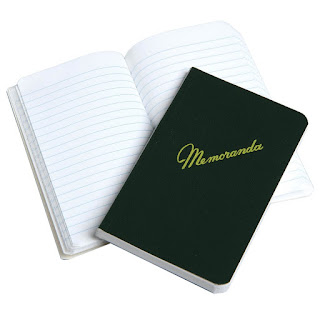 Note: The above photo is of the Skilcraft Memoranda book, which was a companion to the pen.
Posted by Paul Davis at 6:29 PM