When There Was No Crying In The Newsroom 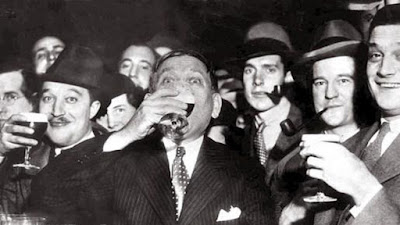 I recall back in the early 1970s when a comedian did an impression of President Richard Nixon addressing the nation.

The comedian, doing Nixon’s dark scowl and deep, paranoid voice, stated that he was protecting American from the three evil “isms” - Fascism, Communism and journalism.

Even though I was an aspiring newspaper reporter at the time, I laughed.

My late grandfather was a tough, old newspaper reporter and his claim to fame, he told us proudly, was that he covered the last public hanging in Wilmington, Delaware. I grew up reading newspapers, and I read books and watched films about tough and cynical American newspapermen.

As a reporter, columnist and contributor to a good number of newspapers for more than 20 years, I've met some tough newspapermen. I've also come across some who were not so tough. One anti-Trump editor told me that we live in America's most contentious time. More contentious than the Civil War, I asked.

Wesley Pruden offers a piece at the Washington Times on how these days many American journalists are easily offended and frightened.

Everybody wants to be a snowflake, now including even newspapermen. There’s nothing inherently wrong with something called “World Press Freedom Day,” but journalism has always been a contact sport. That’s what made freedom of the press one of the best ideas the Founding Fathers ever came up with.

But many journalists, as grandees of press, tube and algorithm call themselves now that “reporter” is no longer a word large enough to call scribblers of the news trade, equate press criticism with actual threats of harm.

Mexican reporters have been killed by assassins of drug cartels, Russian reporters have died under suspicious circumstances and a reporter in Siberia who had been writing about military corruption was killed when he was pushed from a fifth-floor hotel balcony. In Afghanistan 10 reporters were killed in a single day.

So far, reporters in America have suffered no punishment greater than being sent to the dinner of the White House Correspondents’ Association, and you might think the grandees of the media would be grateful, except that gratitude has small currency in our present day.

Naturally, the villain of World Press Freedom Day this year is Donald Trump. “The White House deplored the Afghanistan attacks as ‘a senseless and heinous act,’” wrote columnist Patt Morrison in the Los Angeles Times, “and yet the Trump administration has wrought its own kind of damage on the principles of a free press here and, by echo effect, around the world.”

Note: The top photo is of the late, great newspaperman H.L. Mencken.
Posted by Paul Davis at 6:34 AM