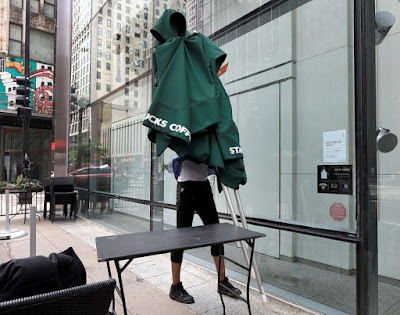 As I noted in my Washington Times piece on the Philadelphia Starbucks incident, an open door policy on restrooms will attract the homeless, drug addicts and the mentally ill, which will put off paying customers.

With its decision to allow the non-paying public unlimited access to its cafes, Starbucks may have traded one grande problem for another.

The Seattle-based coffee giant closed more than 8,000 shops for a half-day Tuesday to conduct racial-bias training with 175,000 partners, or employees, absorbing an estimated $12 million hit in response to the high-profile arrests of two black men last month at a Philadelphia café.

While the workshop drew skepticism — liberals noted that such one-day diversity exercises rarely change behavior, and conservatives called the event a “reeducation camp” — the long-term dilemma for Starbucks lies with how much leeway it’s willing to give its non-paying customers.

The come-one, come-all policy announced earlier this month arrived even as fast-food joints, libraries and other public establishments have increasingly cut back access in order to avoid becoming homeless havens and drug dens amid the opioid and heroin crisis.

“Do you really want to deal with a mass of homeless people or whoever is in there — could be drug-addicted, you don’t know — when you’re there with your kids?” asked NBC host Megyn Kelly on her show Tuesday.

In reality, many Starbucks stores, particularly those in suburban, residential and rural areas, have long allowed non-paying customers to loiter and take advantage of the facilities, but the other outlets often had a reason for their tighter policies — problems with a disruptive clientele. 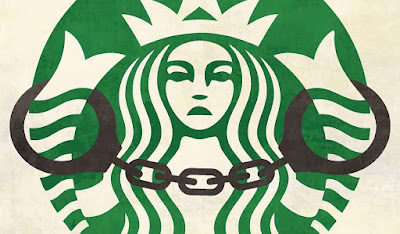 You can also read my Washington Times piece on Starbucks via the below link:

http://www.pauldavisoncrime.com/2018/04/trouble-brewing-over-starbucks-arrests.html
Posted by Paul Davis at 1:26 AM