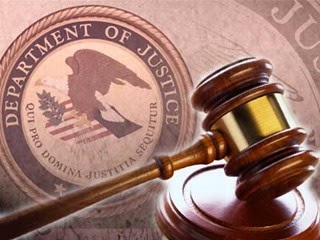 The Department of Justice today filed criminal charges against eleven different suspected members of the so-called “caravan” in the United States District Court for the Southern District of California, announced Attorney General Jeff Sessions and U.S. Attorney for the Southern District of California Adam Braverman. All defendants are alleged to have illegally entered the country in violation of 8 U.S.C § 1325, and one defendant is also alleged to have been previously deported and was charged with 8 U.S.C § 1326 (illegal reentry).

“When respect for the rule of law diminishes, so too does our ability to protect our great nation, its borders, and its citizens,” said Attorney General Jeff Sessions. “The United States will not stand by as our immigration laws are ignored and our nation’s safety is jeopardized. U.S. Attorney Adam Braverman and his team should be commended for quickly filing illegal entry charges for individuals apprehended along the southwestern border. We will continue to work with our partners in each U.S. Attorney’s Offices to aggressively pursue prosecutions of criminal illegal entry.”

“The American Dream has beckoned immigrants from across the globe because of the promise that prosperity and success are within reach for all,” said United States Attorney for the Southern District of California Adam L. Braverman. “Those immigrants have contributed their voices and perspectives to make up our uniquely American experience. But the foundation for the American Dream, and what allows our democracy to flourish, is commitment to the rule of law.  These eleven defendants face charges now because they believed themselves to be above the law. Those seeking entry into the United States must pledge fidelity to the law, not break them, or else face criminal prosecution.”

A complaint contains allegations, and a defendant is presumed innocent unless and until proven guilty beyond a reasonable doubt in a court of law.
Posted by Paul Davis at 10:21 AM