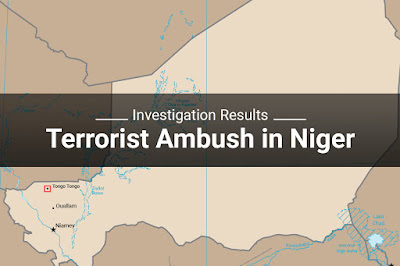 WASHINGTON, May 10, 2018 — American special operations forces fought valiantly against overwhelming odds in the battle against Islamic State of Iraq and Syria terrorists outside Tongo Tongo, Niger, and while a number of factors contributed to the clash, no single factor within the control of U.S. forces caused the deaths of four U.S. Army soldiers and four Nigeriens, a military investigation has concluded. 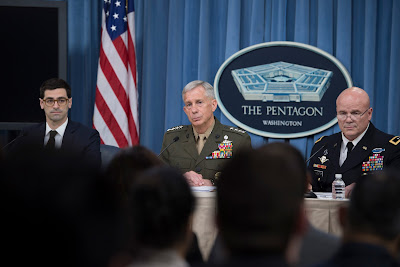 The American Special Forces soldiers accompanied a Nigerien unit as part of the partnered operation strategy to help local forces learn and develop. The mission was within the parameters of their orders in the West African country, the investigation determined.

The report stressed that the immediate cause of the deaths of the U.S. soldiers was tactical surprise by a far larger enemy force. All four were killed taking the fight to the enemy, and none was ever captured. The soldiers faced small arms fire, rocket-propelled grenades, machine guns and mortars.

Support from French aircraft and a Nigerien quick-reaction force was prompt, and the French aviation effort, specifically, “likely saved the lives of the surviving members” of the U.S. Special Operations Force team,” according to the investigation summary.

The American soldiers called for air support 53 minutes after the action started. The French aircraft arrived over the battlefield 47 minutes after that notification. The Mirage jets were not able to drop ordnance due to the confusion on the ground, but low-level passes over the fight caused the ISIS terrorists to break action and retreat. French helicopters arrived later and evacuated the surviving U.S. soldiers.

The Nigerien army’s quick-reaction force left its base eight minutes after being notified and arrived in Tongo Tongo about four and a half hours later due to the lack of roads and rough terrain in the area, according to the report.

There were deficiencies that contributed to the result, the report says, noting that personnel turnover in the U.S. unit prevented the team from conducting “key pre-deployment collective training as a complete team.”

Further, the report found the team did not conduct pre-mission rehearsals or battle drills with their Nigerien partner force.

Another departure from norms was that the initial concept of operations for the mission was not approved at the proper level of command, according to the summary. “Rather the U.S. Special Operations Force Team commander and the next higher level commander at the Advanced Operations Base … inaccurately characterized the nature of the mission in the concept of operations,” the report says. That commander was under the mistaken belief that he could approve the mission, when it really required approval at the next higher level.
The defense secretary is addressing the institutional and organization issues the report unveiled. “He has directed a number of specific actions to examine, evaluate and make recommendations of DoD personnel practices to improve units’ readiness and lethality,” chief Pentagon spokesperson Dana W. White said in a written statement.

Mattis also has directed U.S. Special Operations Command to review training, operating procedures, operational-level planning and other relevant factors, and he has directed the undersecretary of defense for personnel and readiness to review DoD policies that adversely affect units’ cohesion and lethality.

All those involved have 120 days to report back with their findings.
Posted by Paul Davis at 12:42 PM