A Birthday Challenge For The Marine Corps 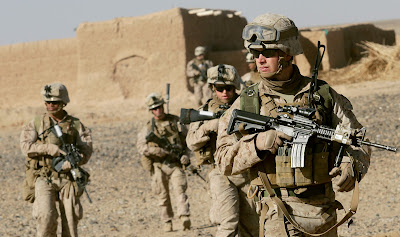 Happy birthday to the U. S. Marine Corps from an old, former sailor.

Gary Anderson, a retired Marine Corps colonel, looks back at Marine Corps history and it’s future in a piece in the Washington Times.


Starting an organization in a bar is a risky proposition, and one of two things can happen. First, it might degenerate into a drunken brawl — the alternative is that you will end up with a very interesting organization. In the case of the U.S. Marine Corps, the second happened.


When it began recruiting at Tunn Tavern in Philadelphia following a 1775 act of the Continental Congress, the Marine Corps consisted of a few hundred qualified riflemen designated to act as shipboard policemen, provide the nucleus for boarding parties and provide snipers to fire at the crews of opposing ships. It would have taken a very prescient visionary in 1775 to envision an organization of nearly 200,000 with its own air force. Despite its present size and prestige, the Marine Corps has been on the endangered species list a number of times approaching its 243d birthday on Nov. 10. This year, its existence is not in question, but its core mission may be.


… The Marine Corps‘ official motto is Semper Fidelis (always faithful), but its unofficial motto has always been “we do windows.” That attitude has served the Corps and its nation well.


Note: In the above released photo U.S. Marine Sgt. Bryan Early, a squad leader assigned to 1st Battalion, 9th Marine Regiment, leads his squad of Marines in Afghanistan in 2013. The photo was taken by Cpl Austin Long.
Posted by Paul Davis at 10:14 AM