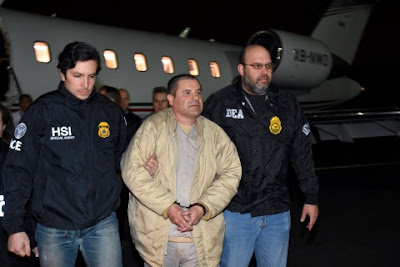 The New York Post offers a piece on the beginning of the trial of “El Chapo” Guzman.
Opening statements finally began Tuesday in the trial for Joaquin “El Chapo” Guzman — with prosecutors describing some of the notorious accused drug lord’s most heinous acts for jurors, along with his weapons of choice.
“Some of his favorites include a diamond-encrusted handgun with his initials on it and a gold-plated AK-47,” said federal prosecutor Adam Fels.
He recounted how Guzman allegedly ordered hits on his own loved ones and used a small private army — consisting of hundreds of men “armed with assault rifles” — to take out his rivals.
“He ordered his hit men to locate, kidnap, torture, interrogate, shoot and kill those rivals,” Fels said. “Not even Guzman’s own family members were immune.”
You can read the rest of the piece via the below link:
https://nypost.com/2018/11/13/el-chapos-trial-opens-with-chilling-details/ 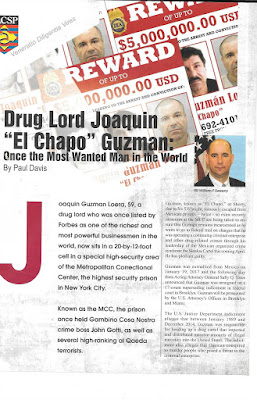 You can also read my Counterterrorism piece on Guzman via the below link:
www.pauldavisoncrime.com/2018/10/a-look-back-at-drug-lord-el-chapo.html