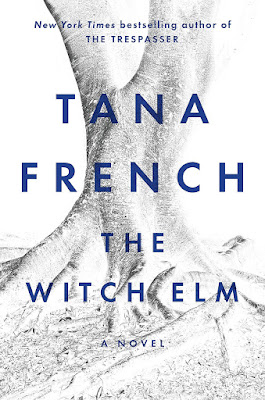 
There’s nothing like a good mystery to distract from a wrenching news cycle. And the award-winning Tana French does not disappoint with her latest, “The Witch Elm,” a novel powered not by one but three mysteries, and the deft narrative skills of its author.


Ms. French, a Vermont-born writer who has lived in Ireland since 1990, gets down to business quickly. Her protagonist, Toby, inadvertently becomes part of a minor art scam at work that he fears will cost him his job. Thereafter, his apartment is raided by two masked burglars who escape with his computer, TV and other valuables, but not before leaving Toby severely injured. And then there is the matter of the human skull found at his uncle’s house, where Toby heads after a prolonged hospital stay for further recovery.


Although pursuing clues to the burglary bears the hallmarks of a traditional whodunit, complete with two detectives named Gerry Martin and Colm Bannon (Flashy Suit), the art shenanigans and the mysterious appearance of the skull in particular give Ms. French the opportunity to excavate the interior lives of her main characters, her singular gift. While the plot hinges on the unraveling of the mysteries, the book also pores over the deeper matters of human desire and its limits.


“I’ve always considered myself to be, basically, a lucky person. I don’t mean I’m one of those people who pick multi-million euro Lotto numbers on a whim, or show up seconds too late for flights that go on to crash with no survivors. I just mean that I managed to go through life without any of the standard misfortunes you hear about.”


Toby’s words that open the novel reveal much about how the novel will proceed. It is Toby’s voice that guides the tale, with all its charming cadence and understated self-consciousness.

https://www.washingtontimes.com/news/2018/nov/4/book-review-the-witch-elm-by-tana-french/
Posted by Paul Davis at 12:58 AM