My Washington Times Review Of 'The Piranhas: The Boy Bosses Of Naples' 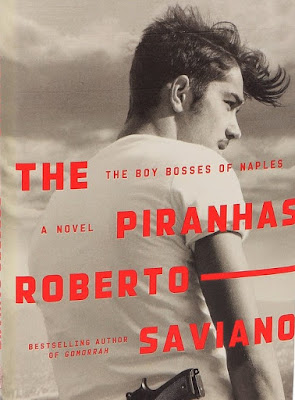 The Washington Times published my review of Roberto Saviano The Piranhas: The Boy Bosses of Naples.


I visited Naples, Italy, in the mid-1970s while serving in the U.S. Navy. A friend who knew Naples very well warned me about the gangs of children who swarm visitors and ask for money, a scene I saw often while previously serving in Southeast Asia.


While swarming around you, the children distract and disorient you and then they pick your pocket, lift your watch or steal your camera. My friend advised me to raise my hand and yell “Basta!,” which means enough or stop it in Italian. The command worked as the children scattered away from me. I was amused, yet I felt sorry for the children who begged and stole on the street.


Today, according to Roberto Saviano, children like those I encountered many years ago are the new Godfathers of Naples.


Robert Saviano is the author of “Gomorrah,” a fine non-fiction book about the Camorra, Naples‘ centuries-old organized crime group. The book was adapted into a film and later a TV series. The Camorra clans in Naples placed a contract on Mr. Saviano’s life and he went into hiding, surrounded at all times by Italian police officers.


Mr. Saviano now covers much of the same ground as he did in “Gomorrah” in a factually researched novel titled “The Pirahanas: The Boy Bosses of Naples.” The novel, translated into English, is about the sad, profane and violent world of the children who are involved in Naples‘ underworld of crime.

https://www.washingtontimes.com/news/2018/oct/31/book-review-the-piranhas-by-roberto-saviano/
Posted by Paul Davis at 4:23 AM