Anthony Horowitz: James Bond and Me – Reading and Writing in 007’s Shoes 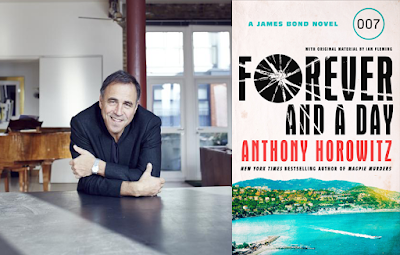 I’m not big on continuation novels, as some writers, like Raymond Chandler and Ian Fleming, have a unique style that truly can’t be imitated. But I understand that their iconic characters, Philip Marlowe and James Bond, are so popular that their loyal readers want to read more about them, just as they enjoy watching the characters on TV and at the movies
Anthony Horowitz, creator of the TV series Foyle’s War, which I liked very much, perhaps comes closest to Ian Fleming.
He’s a huge Fleming aficionado, like me, and he knows a good bit about Ian Fleming and James Bond. So, having read his previous Bond continuation novel, Trigger Mortis, I plan to read the new one, Forever and a Day, and review the book for the Washington Times.
Anthony Horowitz explains his fondness for Ian Fleming and his attempt to honor the late, great thriller writer in a piece at criminalelement.com.
Some books really do change your life. For me, it was Dr. No, not the first James Bond novel but the first to be turned into a movie in 1962. I read it when I was ten years old, stuck in an all-boys boarding school in North London, the sort of grim institution that the British do so well (Ian Fleming himself had a pretty rough time at Eton College).
The book opened up a whole world to me: tropical islands, exotic food, adventure, excitement…and, of course, beautiful women. That famous scene, when Ursula Andress emerges from the ocean in a white bikini, seemed like a fabulous dream and her character, Honeychile Ryder, would stay in my mind for the next thirty years.

… I'm in awe of Fleming's writing style. Look at the opening chapter - Reflections in a Double Bourbon (nobody has ever done better chapter headings). Bond is at Miami Airport, in a contemplative mood, remembering a recent mission.

“Below the indigo sky the flare paths twinkled green and yellow and threw tiny reflections off the oily skin of the tarmac.”
Even when he’s not writing action, Fleming captures mood and atmosphere in a way that is much more sophisticated than it seems.
I know because, twice now, I’ve tried to imitate him.
I was thrilled when the Ian Fleming estate contacted me back in 2014 and asked me to be the fourth modern author – after Sebastian Faulks, Jeffrey Deaver and William Boyd – to write a James Bond novel. It really was like being handed the keys to the candy store, and although I was thrilled to grab hold of them, I was also nervous. People go a little bit mad when it’s Bond. The scrutiny you get as a writer, the press interest, the sense of expectation…it’s unlike anything I’ve ever experienced.
You can read the rest of the piece via the below link:
https://www.criminalelement.com/james-bond-and-me-reading-and-writing-in-007s-shoes/?image&utm_source=criminalelementnewsletter&utm_medium=newsletter&utm_
term=criminalelementaudience&utm_content=-na_read_blogpost&utm_campaign=110618 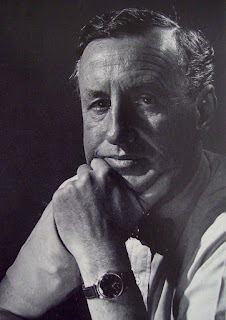 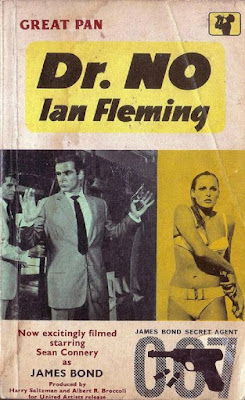