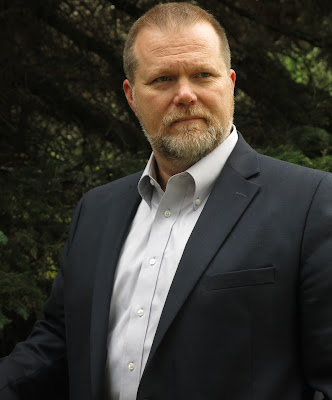 CrimeReads.com offers a piece by thriller writer Marc Cameron (seen in the above photo) that looks back on his youth and former career as a police officer and a U.S. Marshall as he continues writing about Tom Clancy’s character Jack Ryan in Oath of Office.
A few years ago, at my thirtieth high school reunion, my wife and I sat beside a friend of mine named Merri—a girl on whom I had a massive crush my freshman year.
“You know what I remember about Marc?” Merri said to my wife in her honeyed Texas accent.
I braced myself.


“He always wanted to be a spy…”
Merri could have made a worse revelation. My wife already knew I was odd in college, so the fact that I was odd in high school was not news.
I can’t remember a time when I wasn’t reading, writing, or imagining adventure stories. My aunt sent me a box of Hardy Boys mysteries when I was eight, and I burned through those by the time I hit the fourth grade. By middle school, there was usually a Fleming or Forsyth on my nightstand—along with assorted notebooks filled with my attempts to write stories of my own. The Hunt for Red October came out about the time I joined the police department, and I quickly added Tom Clancy to my reading pile.


As a would-be writer, I read with a pencil, noting story structure and interesting turns of phrase. Plot ideas inspired by other books and my own work escapades filled countless legal pads. I felt certain that the fistfights, foot chases, and high-speed pursuits I was involved with would somehow, someday, end up in a novel.
When I was a green detective, a savvy Texas Ranger helping me with my first homicide investigation told me to write down everything I observed, even stuff that didn’t seem important at the time. It was excellent advice for a detective—and a writer. I chased bad guys during work hours and banged away on my Smith Corona typewriter during my off time. I’d piled up a sizable stack of rejection letters by the time I left the PD for a position as a deputy US marshal. Tom Clancy’s The Cardinal of the Kremlin had just come out in paperback and I took a copy with me for my four-month stay at the Federal Law Enforcement Training Center near Brunswick, Georgia.


… I’ve always had a vivid imagination, but I never imagined that I’d someday have the opportunity to carry on writing Tom Clancy’s iconic characters. One of the plots of last year’s Power and Empire let me explore what John Clark might do if faced with similar circumstances to those in Without Remorse.


In The Cardinal of the Kremlin, Clancy (seen in the below photo) wove plenty of interesting technical information into the story, but Cardinal is at its core, a book about spies, the case officers who handle them, and the counter intelligence operatives who hunt them. My aim was to give Oath of Office that same flavor.


Over the years since high school, I was fortunate to have a job that let me drive fast, carry a gun, and fight a bad guy or two—experiences that were invaluable to my writing. Despite my dreams from back when I had that crush on Merri, I never did get to be spy. But, thanks to this new job writing about Jack Ryan, John Clark, Mary Pat Foley, and countless other Clancy characters, I get to come up with stories for some of the best.


You can read the rest of the piece via the below link:
https://crimereads.com/trained-to-protect-foreign-dignitaries-hunt-fugitives-and-write-tom-clancy-novels/ 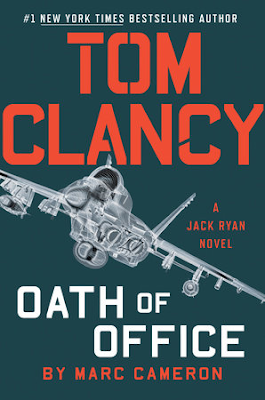 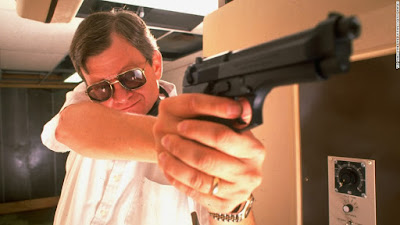