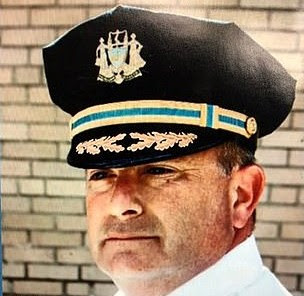 Ralph Cipriano at www.bigtrial.net offers a piece on the Philadelphia DA’s rush to justice by charging Philadelphia Police Staff Inspector Joseph Bologna (seen in the above photo) with assaulting a protestor.


There was rioting in the streets. Looters ran amok. Criminals were blowing up ATMs and setting arson fires all over town.

But while Philadelphia lay in ruins,  District Attorney Larry Krasner's top priority was to indict a cop for allegedly attacking a demonstrator.

The normal protocol for any officer accused of misconduct is to wait for the Police Department's Internal Affairs Bureau to complete an investigation, and then forward the results of that investigation to the D.A.'s charging unit. So the D.A. can make a decision on whether to charge the cop with a crime.

But when it came to the case of staff Inspector Joseph Bologna, accused of striking a Temple University student with his nightstick during a demonstration, Krasner dispensed with the usual protocol. It famously took Krasner's office five weeks to get around to charging all three accused killers of Corporal James O'Connor. But when it came to Inspector Bologna, Krasner immediately pounced.

A day after videos of alleged brutality hit the Inquirer and YouTube, Krasner on Friday announced his intention to charge Bologna with felony aggravated assault. This was supposedly after a quickie investigation done by Sgt. Jerry Rocks, interim head of the D.A.'s detectives, who could not immediately be reached for comment.

Bologna, 54, chief of operations for the department's patrol bureau, was taken off the street Thursday night, hours after videos of alleged police brutality hit the media. Bologna was ordered to turn himself in on Monday to face charges of aggravated assault for allegedly using his nightstick against attacking demonstrators.

While the Inquirer referred to Bologna in a headline as a "notorious Philly cop" who had a "checkered and charged past," other cops who know him had a different take.

One of the department's "most decorated and respected police leaders," said FOP President John McNesby. "Inspector Bologna's dedication to our city for over 30 years is unmatched."

But D.A. Larry Krasner saw a rogue cop in need of speedy justice.

https://www.bigtrial.net/2020/06/krasner-ditches-protocol-to-nail-police.html#more
Posted by Paul Davis at 12:29 AM