Antifa Member Lectures D-Day Veteran On How To Fight Fascism 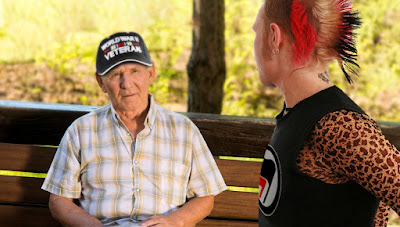 The Babylon Bee offers a satirical shot at activists and Antifa members.


PORTLAND, OR—Local activist and Antifa member Declyn Cruikshank marked the 76th anniversary of the D-Day invasion by educating a D-Day veteran on how to fight against fascism.


Elmer Dobbins, 94, who lied about his age at 17 in order to join the Navy, was sitting near a World War II memorial Saturday, reminiscing about the day he stormed the beaches at Normandy and lost dozens of friends.

According to sources, Cruikshank approached and launched into a diatribe about the evil fascist American capitalist system.

https://babylonbee.com/news/antifa-member-lectures-d-day-veteran-on-how-to-fight-fascism
Posted by Paul Davis at 12:12 AM