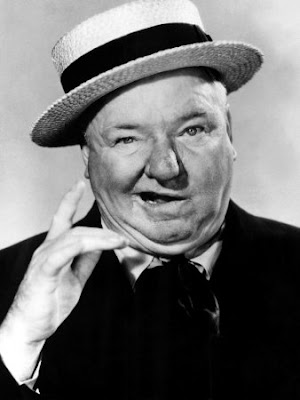 An overweight man saw his doctor for a physical.

He was told that his blood pressure and cholesterol were high, and that he had gained weight.

The man said that he was not surprised, as he had not been feeling well.

The doctor told him that his health problems were due to his not eating healthy.

“Eating healthy does not have to be complicated,” his doctor told him. “Just think of colors. Fill your plate with bright colors: greens, yellows, and reds, and keep a balance between all colors.”

The next day the man called his doctor.

“Like you said, I thought of colors and after I ate, I felt better immediately,” the man said joyfully. “I never knew eating right could be so easy.”

The doctor asked the man what he had eaten.

“I filled a bowl with equal amounts of green, yellow and red M&M peanuts,” the man replied.

Note: The above photo is of the late, great comic W.C. Fields.