Former U.S. Navy SEAL And Congressman Dan Crenshaw: The Story Of A Gold Star Wife - This Is The Real Memorial Day. 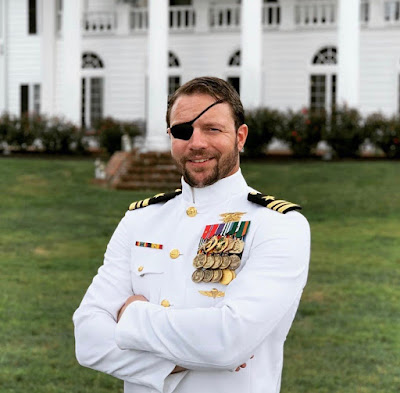 Congressman and Former U.S. Navy SEAL Dan Crenshaw, who was severely wounded in combat, offers a touching piece on Memorial Day at Foxnews.com on the widows of American servicemen who died in action.

She wakes up from a pleasant dream, for once. Usually, they are nightmares. He was in it this time, as if nothing was wrong and life was just as it was. Boring. Perfectly boring. They were laughing about something, watching TV together just as they used to. For a split second she is still in the dream as she reaches her hand across the bed to touch him. But he isn’t there.

She remembers now. And with that realization comes the gut-wrenching wave of grief that she is all too familiar with. Tears well up. She squeezes her eyes shut and clutches her fists tightly in front of her face. She wants to scream but she knows from experience it doesn’t really help, and it scares her son, who is still too young to understand what’s going on. His dad was killed in action a year ago, when he was just 2 years old. He misses him, she can tell, but it’s obvious he doesn’t know how to process death yet.

… To miss someone profoundly is to wonder what life would be like if they were still there. To know that every moment would be better if they were back in your arms. Every morning would be normal, instead of a crushing blow to the soul. Every evening would be full of laughter, instead of just … empty. Even some marital bickering would be welcome. What she would give, even for a fight over the obnoxious way he loaded the dishwasher.

For those of us who have lost our brothers to war, we grieve. We miss them. We never forget. But we are not broken by it. We know this is the life we chose, to be on the front lines, to serve in the most dangerous of ways. Crazy, maybe, but true nonetheless.

But for the Gold Star widow, she never pursued war. She was asked by her husband and her country to remain behind and remain strong, often not knowing whether or not her soulmate was even in danger. She learned to get through the nights while he was on deployment by imagining what he was doing, picturing him bored and playing Call of Duty instead of prepping for a mission. She had practice, given they had been through four deployments together.

… This is the real Memorial Day. It is the day that never goes away, with no real beginning and no end. It isn’t one day a year, but a constant ache deep down in the soul of those who understand what real sacrifice is. For everyone else it is only once a year, a time to recall that these sacrifices happened at all and that we should remember them. For too many, it’s just a day off work, a day to slash prices, a day to throw a party.

For the Gold Star families, it’s a day they observe with a mix of gratitude and dread: grateful the country remembers, grateful for the opportunity to speak openly about their loss without getting an awkward look, but dreading the culmination of emotion the day brings with it. 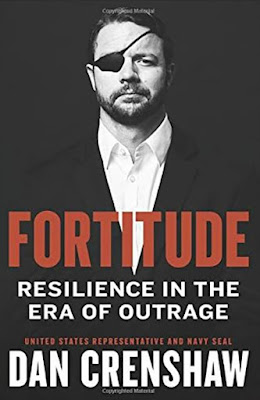 Note: I plan to interview Congressman Crenshaw for the upcoming issue of Counterterrorism magazine.