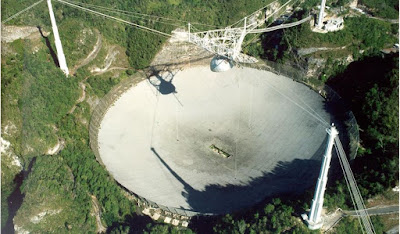 Ben Wolfgang at the Washington Times, where my On Crime column appears, offers a piece on the upcoming Pentagon report on UFOs.

In 1973, future President Jimmy Carter went public with a claim he had seen a UFO years earlier in the skies over rural Georgia.

Nearly five decades later, former President Barack Obama went on late-night TV this week and admitted there are “objects in the skies that we don’t know exactly what they are.”

The two admissions, professional UFO researchers and alien hunters say, were met with wildly different receptions and underscore what’s been a gradual shift in public attitudes that is now hitting its peak.

Mr. Obama’s comments — much like former President Trump last year marveling at the “hell of a video” showing Navy pilots encountering strange objects in the sky — weren’t dismissed, ridiculed or cast aside as science fiction-inspired nonsense. On Capitol Hill, in the media, and across the country, UFOs have gone mainstream, putting unprecedented pressure on the Pentagon, CIA, and other arms of the government to level with American citizens and finally disclose information locked up in a century’s worth of classified files.

“There is this manifest interest in the subject. And let’s face it: It’s not because it might be Chinese or Soviet drones or secret technology,” said Mark Rodeghier, scientific director at the Center for UFO Studies who has spent decades researching the subject. “All the real interest is because, yes, it might be aliens or something incredibly strange.”