'Just Like Vietnam': Worries Mount Over U.S. Withdrawal From Afghanistan 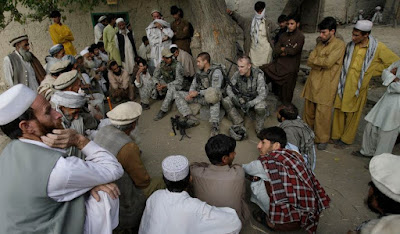 The U.S. military exit from Afghanistan is beginning to look “just like Vietnam,” a key lawmaker warned Tuesday as questions grow about the Biden administration’s short-term strategy to ensure U.S. civilian personnel and Afghan allies aren’t slaughtered by the Taliban and the long-term prospect that the country’s pro-Western government may collapse without international support.

A heated hearing of the House Foreign Affairs Committee on Tuesday underscored the mounting chaos surrounding the withdrawal of the remaining 3,500 U.S. troops from Afghanistan, which President Biden has ordered to be completed no later than Sept. 11.

Thousands of more NATO-allied troops are also heading for the exits in the wake of Mr. Biden’s decision.

Pentagon officials say the physical withdrawal is proceeding on schedule with little difficulty, but the broader picture is troubling.