The Best ‘Jack’ In The City: My Philadelphia Weekly 'Crime Beat' Column On The Two Assistant U.S. Attorneys Who Took Down A South Philly Drug Gang. 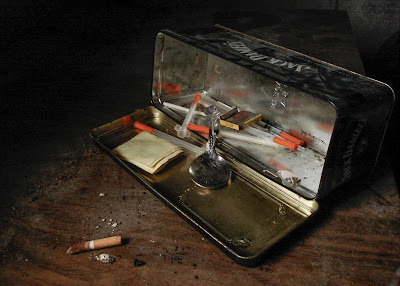 Basil Bey – the leader of a major drug trafficking gang in South Philadelphia – was sentenced to 19 and a half years in prison, Acting U.S. Attorney Jennifer Arbittier Williams’ office announced recently.

Bey was convicted in 2017, but legal appeals delayed his sentencing. Several of his criminal associates were also convicted and sentenced.

I reached out to the two veteran assistant U.S. attorneys who prosecuted this case, Jason Bologna and Kevin Jayne, to find out some details.

“I believe it was a significant prosecution. A total of 10 people were indicted for operating a drug business 24/7,” Bologna said.

“Basically, the drug business was organized around a phone. People would call the phone and agree to a price and time to meet the drug dealer, and they would purchase either heroin, laced with fentanyl, crack cocaine, or some combination of those. The scope of running this operation day in and day out was staggering. It was, to be blunt, a blight upon the South Philadelphia community.”

Jaynen added: “I made the point at Mr. Bey’s sentencing that the number of contacts on the drug phone being used for this business were on the order of something close to 400,000.”

The large volume of calls, Jayne noted, was indicative of the level of business the operation was doing in South Philadelphia.

Bologba said a good number of confidential sources were used by the FBI to make more than 35 drug buys, which were videotaped.