On This Day In History Ian Fleming, The Creator Of James Bond, Was Born 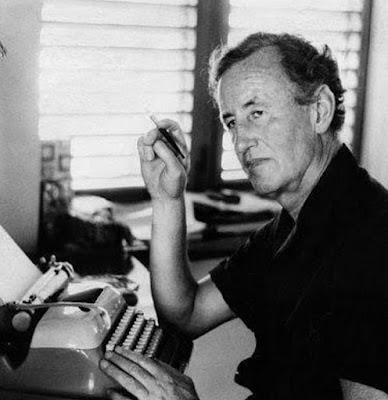 On this day in 1908 Ian Fleming, the former British naval intelligence officer and journalist who created the world-famous iconic character James Bond, was born.

Last year, I interviewed Ben Macintyre about the late, great thriller writer for my Washington Times On Crime column.

You can read the column via the below link or the below text: 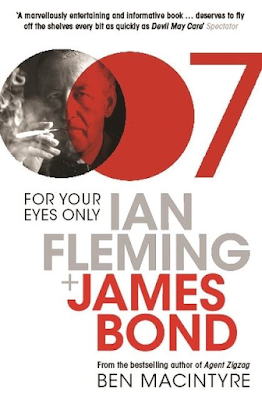 Wednesday, March 18, 2020 - With the release of latest James Bond film “No Time to Die” postponed from April to November due to the COVID-19 outbreak, millions of Bond fans around the world will have to be content to watch the older Bond films, or perhaps they should go back to the original source — Ian Fleming’s James Bond novels.

They could also read some of the many books written about the popular character and his creator, such as two fine biographies of the late Ian Fleming, John Pearson’s “The Life of Ian Fleming” and Andrew Lycett’s “Ian Fleming: The Man Behind James Bond.”

Ben Macintyre, a columnist for the London Times and the author of “The Spy and the Traitor: The Greatest Espionage Story of the Cold War,” (which I reviewed in these pages) “A Spy Among Friends: Kim Philby and the Great Betrayal” and “Agent Zigzag: A True Story of Nazi Espionage, Love and Betrayal,” also wrote an interesting book called “For Your Eyes Only: Ian Fleming and James Bond.”

He wrote the book in 2008 as a companion to the Imperial War Museum exhibition that was held to celebrate the centenary of Ian Fleming’s birth. The exhibition examined the late thriller writer and his fictional character in historical context. The exhibition also looked at Ian Fleming’s experiences as a naval intelligence officer in World War II and how they informed his plots and characters.

Ben Macintyre was chosen to write the companion book because of his nonfiction books on espionage and his many columns on Ian Fleming and James Bond, including one column that revealed that there was a Nazi plot to rob the Bank of England, which perhaps inspired Ian Fleming to use a similar plot to rob Fort Knox in his great thriller “Goldfinger.”

Ian Fleming admitted his plots in the novels were fantastic (the films much more so), but he also said they were often based on the real world of intelligence.

I recall Ben Macintyre telling me that his book on Fleming and Bond was a personal investigation of two lives, one real and one fictional.

Sans gun and fistfights, Ian Fleming led a life at least as interesting than Bond. He was a reporter for Reuters prior to WWII and covered the Soviet espionage show trial of British engineers. During WWII he was a naval commander and served as the personal assistant to the director of naval intelligence.

After the war he became the foreign manager for the London Sunday Times, wrote a column and many articles, and traveled around the world for the newspaper.

I asked Mr. Macintyre how his work in journalism played a role in his novels, and he replied, “His ability to write to deadline, to get the facts right, and ensure a pacey narrative can all be traced directly to his early journalistic training.”

As for the line between fact and fiction in Ian Fleming’s thrillers, Mr. Macintyre said, “Fleming always based his books firmly in reality. “Everything I write has a basis in truth.” True, Bond is able to carry out exploits that would be hard to believe in fact, yet the world of spying quite often beggars’ belief: Agent Zigzag being a good example. All novelists find inspiration in reality, but Ian Fleming, more than any writer I know, anchored the imagined world of James Bond to the people, things and places he knew.”

Ben Macintyre said that espionage was a shadow trade between truth and untruth, and it is a complex interweaving of imagination, deception and reality.

In a recent column in the London Times, Ben Macintyre wrote about a Russian hit squad that murdered and attempted to murder former Russian intelligence officers in the United Kingdom.

“If the idea of a ruthless spy-killing unit sounds like the stuff of fiction, that’s because it became precisely that,” Mr. Macintyre wrote. “In the James Bond novels, Ian Fleming portrayed Smersh (director of operations: Rosa Klebb) as a massive counterintelligence network that more closely resembled the KGB.”

The column went on to explain that the real Smersh, or Smert Shpionam, meaning Death to Spies, murdered traitors, innocent or not, and instilled terror among potential enemies as well as Soviet citizens.

Mr. Macintyre said that according to his intelligence sources, the Russian counterintelligence unit that inspired Ian Fleming was now operating in Europe under a new name: Unit 29155, an elite sub-unit of the GRU.

“As a former officer in naval intelligence, Fleming thought like a spy and wrote like one,” Mr. Macintyre told me. “This book is an attempt to explore a remarkable double life and to establish, as nearly as possible, where the real world of Ian Fleming ended, and the fictional world of James Bond begins.” 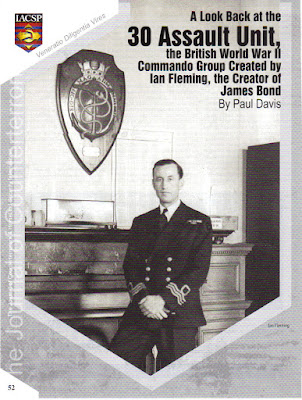 You can also read my Counterterrorism magazine piece on Ian Fleming’s WWII experiences via the below link: 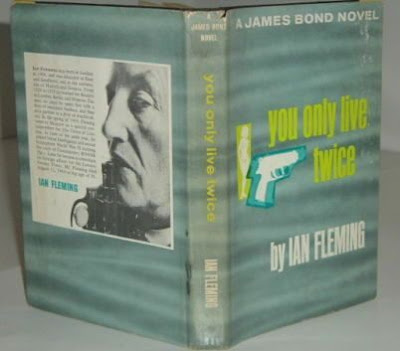 And you can read my online Crime Beat column on Ian Fleming and James Bond via the below link: