35 Minutes Of the The Late Norm McDonald On O.J. Simpson On Saturday Night Live 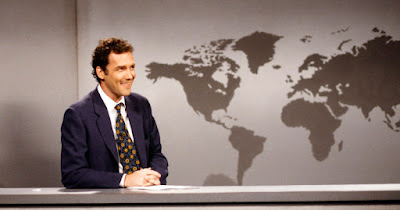 I just watched a 35 minute clip of the late Norm Macdonald, who recently died of cancer,  mocking O.J. Simpson and accusing him of murder on Saturday Night Live.

When Simpson was found not guilty, Norm Macdonald said on the air, "Well, it is now official. Murder is legal in the state of California."

The Weekend Update bits got Macdonald fired, as an NBC executive was Simpson's friend.

Funny stuff from a funny guy. He will be missed

You can watch the clip via the below link: