From Afghanstan To Texas: My Washington Times On Crime Column On 'Down Range,' A Compelling Crime Thriller 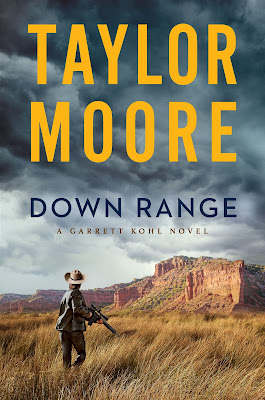 The Washington Times published my On Crime column on Taylor Moore’s crime thriller, Down Range.

Garrett Kohl is a DEA special agent serving in Afghanistan when he is ordered by the CIA to return to the U.S. with the survivor and potential witness of a deadly attack on an Afghan village.

Mr. Kohl brings the survivor, a traumatized young boy, to his former home in the High Plains of northwest Texas. He discovers that his hometown is besieged by drug smugglers that threaten his brother and father.

Undercover, Mr. Kohl and the child stay at his father’s ranch as he investigates the violent criminals. The bad guys have no idea that they are up against a former combat Green Beret and a DEA special agent who has hunted terrorists and criminals.

I reached out to Taylor Moore (seen in the below photo), a former CIA officer, and Defense Department consultant, and asked him why he wrote the book.

“When I decided to try my hand at writing as a career, I wanted to come up with a story that drew upon my experiences in the CIA and contract military work that would allow the reader to walk a mile in the shoes of intelligence officers and law enforcement,” Mr. Moore replied. “I want people to get the feel of what it’s like to tackle some of the toughest security issues facing our country.”    I asked Taylor Moore why his protagonist is a DEA special agent rather than a CIA officer.   “Garrett Kohl was originally a secondary character in an earlier novel that was more of a traditional spy thriller. But he ultimately stole the show and edged out the previous main character, a CIA intelligence officer operating primarily in South Asia,” Mr. Moore said. “The switch from spy to cop, a move prompted by my literary agent, took me out of my comfort zone and required a little more research. It was definitely the right call, and now I can’t imagine anyone else in the lead role.” 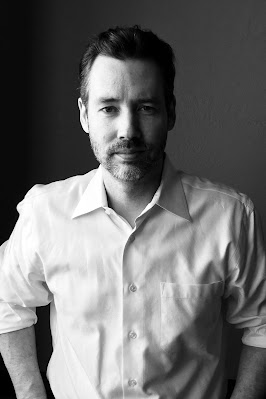