A Look Back At Ian Fleming, The Man Who Created James Bond: My Washington Times On Crime Column On Why The Bond Character Continues To Resonate 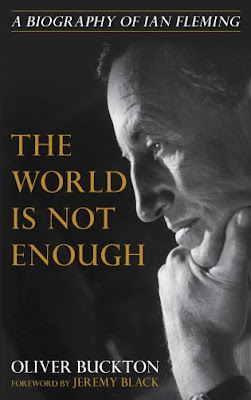 The Washington Times published my On Crime column on Oliver Buckton’s (seen in the below photo) biography of Ian Fleming.

I’ve been an Ian Fleming aficionado since I was a teenager and read all of Ian Fleming’s thrillers after seeing “Dr. No,” and “From Russia With Love,” the first two films featuring Sean Connery as James Bond.

I reached out to Oliver Buckton, the author of a new biography of the late, great thriller writer called “The World is Not Enough: A Biography of Ian Fleming.” I asked him why he wrote the book.

“I had done research on Ian Fleming for my previous book, “Espionage in British Fiction and Film Since 1900: The Changing Enemy,” Mr. Mr. Buckton replied. “I had a chapter on Bond and Fleming that showed how Fleming had updated the spy novel for the 20th century. I felt it was time for a fresh evaluation of Fleming’s life and career. Particularly, Fleming’s deep involvement in the writing and publication process, his interest in environment, and a different take on his relationships with women.”

How does your book differ or add to the previous biographies?

“I go into more detail about the whole writing process for Fleming—from the inspirations of the novels in Fleming’s WWII intelligence work, through the writing of typescripts at his winter home, “Goldeneye,” in Jamaica,” Mr. Buckton said. “Unlike previous biographies, my book explores Fleming’s deep interest in environmentalism and non-human forms of life, reflected in the plots of “Dr No” and “On Her Majesty’s Secret Service.” I also have a different approach to Fleming’s relationships with women—showing that Fleming had close friendships with intelligent, independent women and that he was not the heartless philanderer some have portrayed him as.”

Mr. Buckton noted that Ian Fleming and James Bond are alike in some ways. Fleming gives some of his own preferences, tastes, characteristics to James Bond - his cigarettes, his cars, clothing, and love of Jamaica.

... How did Mr. Fleming‘s background as a journalist and naval intelligence officer influence his thrillers?

“These experiences were vital for Fleming’s writing of James Bond. His journalist experience with Reuters in the 1930s, and the Sunday Times after the war, trained him in concise writing style, attracting reader’s attention with a gripping ‘lead”—and the ability to describe action effectively. Naval Intelligence gave Fleming many of the ideas and experiences he used for the Bond plots. He had his own Commando Unit, 30AU, which was sent on thrilling espionage missions that influenced Bond. Fleming also launched crucial operations like “Mincemeat” and “Goldeneye,” which some Bond novels, such as “From Russia With Love,” used in their plots.

How would you describe the Bond character? 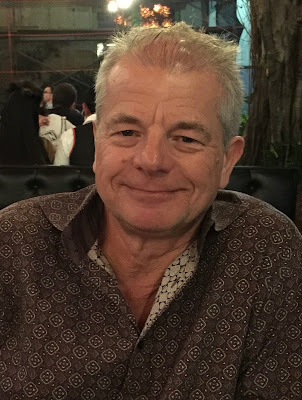 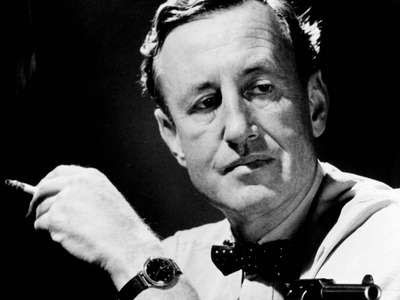