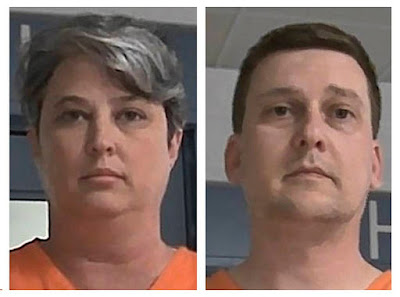 The Navy Times offers a piece on what the FBI discovered at the accused spy couple’s home.

WASHINGTON (AP) — The FBI found a trash bag of shredded documents, thousands of dollars in cash, latex gloves and a “go-bag” when they searched the home of a Maryland couple accused of trying to sell information about nuclear-powered warships to a foreign country, an agent testified Wednesday.

Jonathan Toebbe, a Navy nuclear engineer, and his wife, Diana, were arrested this month on espionage charges. Prosecutors allege that Jonathan Toebbe tried to pass submarine secrets to someone he thought was a representative of a foreign government but who was actually an undercover agent. They accuse Diana Toebbe of serving as a lookout for her husband at several “dead drop” locations at which sensitive information was left behind.